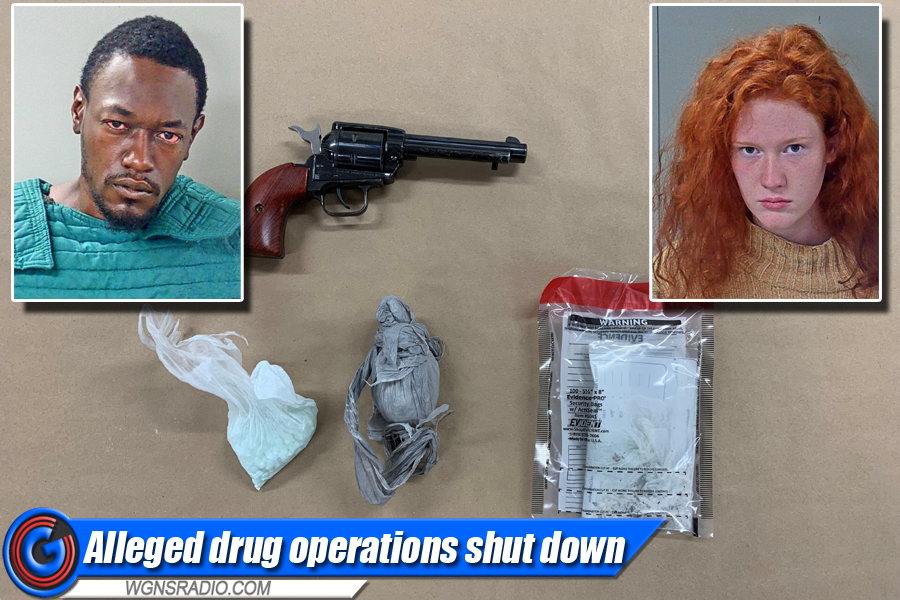 MURFREESBORO, Tenn. – Murfreesboro Police Department (MPD) Special Investigation Division narcotics detectives arrest a man and woman at a Murfreesboro hotel on drugs and gun charges on Tuesday, March 8.  The two are also persons of interest in a Knoxville homicide case.

34-Year-old Derek Peterson and 19-year-old Emily Owenby were arrested at the Super 8 hotel on Chaffin Place around 3:00 p.m. on Tuesday after complaints of possible drug sales out of one of the rooms.  Peterson and Owenby are dating.

Peterson and Owenby are wanted for questioning in a February homicide in Knoxville.  MPD detectives notified Knoxville Police Department detectives of the arrests.

Owenby and Peterson are in jail at the Rutherford County Detention Center.  Owenby bond is set at $200,000. She was on bond for previous drugs and gun charges.  Peterson’s bond is $75,000.

A hearing is set for both on June 9 in Rutherford County General Sessions Court.