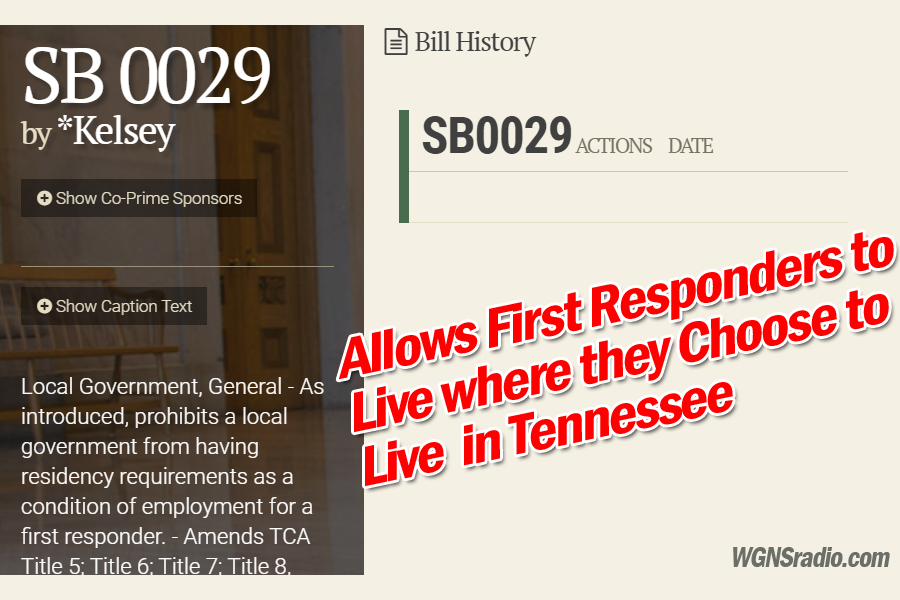 ADVERTISEMENT
“With this law, I believe Memphis could quickly hire a hundred new police officers.” said Kelsey.  The Memphis Police Department is over 500 officers short of the staffing goal set by the Memphis City Council.

Kelsey, who first introduced legislation on this matter in 2008, continued “This bill will support our police, fire officers, and emergency medical service workers who keep us safe by allowing them to live where they choose. This solution will increase public safety and help us fight our rising crime rates.”

In 2021, the city of Memphis recorded a record-breaking 346 homicides. At least 31 of these victims were under 18, with homicide claiming more lives of children in Shelby County than the COVID-19 pandemic.

The measure has also received broad support from community leaders throughout Shelby County.

"Loosening the residency requirement for local law enforcement and other first responders is a key part of the new five-year Safe Community Action Plan,” said Bill Gibbons, president of the Memphis Shelby Crime Commission. “The severe shortage of police officers must receive priority. The General Assembly's action will provide an important tool in recruitment and retention efforts,"

“Eliminating residency requirements provides public safety agencies with an opportunity to consider a broader selection of candidates who have a desire to serve the citizens of Memphis and Shelby County,” said Shelby County Sheriff Floyd Bonner. “This public safety-focused measure supports the interest of law enforcement and fire services leaders from across the state in providing safe communities for all Tennesseans.”

“This law will help us keep our citizens safe by allowing us to hire an untapped group of the best and brightest candidates from across the entire region,” said Thomas Malone, President of the Memphis Fire Fighters Association. “Potential fire fighters won’t need to weigh their desire to protect the public against forcing their family to uproot and move due to an antiquated residency requirement.”

“When it comes to protecting the safety and well-being of the public, no stone can be left unturned. Citizens want and deserve the best services possible,” said Essica Cage, President of the Memphis Police Association. “This law is an essential step in leveling the playing field and allowing us to be more competitive in recruiting, hiring and retaining police officers from a larger geographic area. Simply put, the lifting of residency requirements will translate into more boots on the ground to help curb rising violent crime rates and keep citizens safer.”

Next, the bill will go to the desk of Governor Bill Lee, who is expected to sign it into law in the coming days.