Five people arrested in the 2020 ‘ambush’ shooting, homicide of a Murfreesboro man 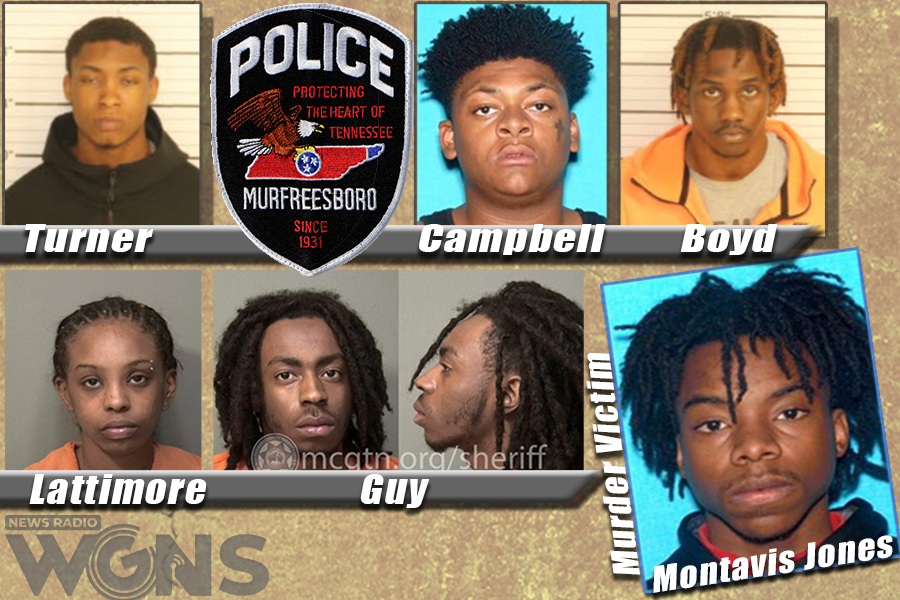 ADVERTISEMENT
Maceo Boyd, Paul Turner, and Tevin Campbell, all 21-years-of-age, are charged with first-degree murder, felon in possession of a firearm, attempted especially aggravated robbery, and conspiracy to commit especially aggravated robbery.  Federal agents arrested Boyd on Thursday in Memphis and Turner on Wednesday.  Both are in custody at the Shelby County Jail. Campbell is in a Georgia Correctional facility on a probation violation.

20-Year-old Tybresa Lattimore is charged with conspiracy to commit aggravated robbery.  Montgomery County deputies arrested her on Thursday.  Lattimore was released from jail.

The investigation has been underway for more than a year by MPD detectives who implicated the five suspects in the shooting death of Jones at the Campus Crossing Apartments, 285 N. Rutherford Blvd., Dec. 4, 2020.  The investigation revealed the five people involved allegedly lured Jones to the location under the pretense of selling marijuana and then reportedly ambushed him.  Crime Scene technicians recovered bullet casing from five different firearms.

The investigation is ongoing.