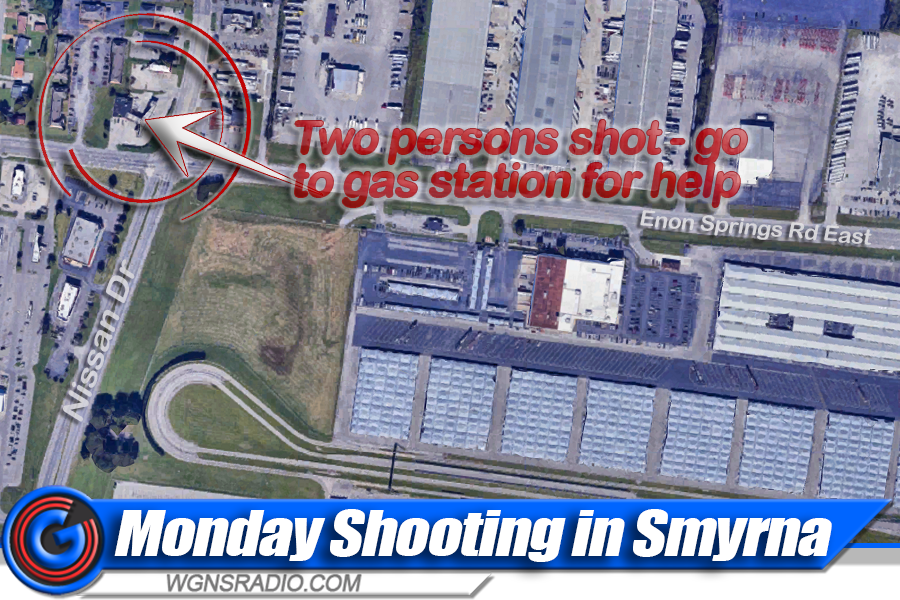 SMYRNA, Tennessee— There was an early morning shooting in Smyrna. The shooting occurred at a gas station across the street from the Nissan plant.

ADVERTISEMENT
Once there, it was learned that an individual entered the Circle K gas station, which is diagonally across the street from the Nissan plant – and asked the clerk to dial 9-1-1.

Prior to pulling into the gas station, the subject and a passenger in the same car, were victims of a shooting. This individual - and their passenger - were victims of gunshot wounds sustained when gunfire was exchanged between two vehicles in the area.

Scroll down to continue reading about the Smyrna Shooting...

The Smyrna Police Department Criminal Investigations Unit worked through the early hours of Monday morning and are continuing their investigation now.  Police believe this is an isolated incident involving individuals known to one another.

If you have any details of the shooting, you are encouraged to contact Detective Nabours, 615-267-5434 or allan.nabours@townofsmyrna.org.