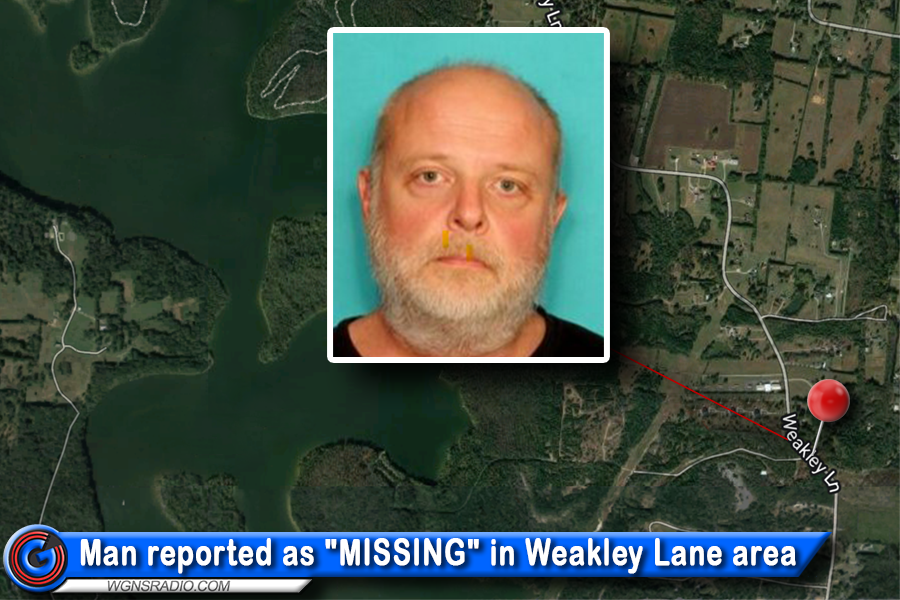 Above: The red pin marks the area of where Mr. Campbell was last seen

Neighbors last saw Campbell outside walking around 9:30 on Sunday morning. The residents who saw Campbell told the deputies that he was walking towards the Campbell Road Boat Ramp, which is currently closed. He was not wearing a shirt, but had on shorts.

Detective Wrather stated, “He has not taken his medications lately.” The Detective also said, “He does not have his cell phones or keys.”

Scroll down to learn how you can help the Sheriff's Office if you spot Campbell...

53-Year-old Bobby Andre Campbell was last seen in the area of Weakley Lane near the Campbell Road Boat.

The boat ramp at the end of Campbell Road has been shut down for quite some time and the ramp is on property owned by the U.S. Army Corps of Engineers along the banks of J. Percy Priest Lake.

People who have information about Campbell are asked to call the Rutherford County Sheriff’s Office dispatch line at 615-898-7770 or leave a message for RCSO Detective Christian Wrather at 615-904-3093.