Murfreesboro man to remain behind bars and on Sex Offender Registry 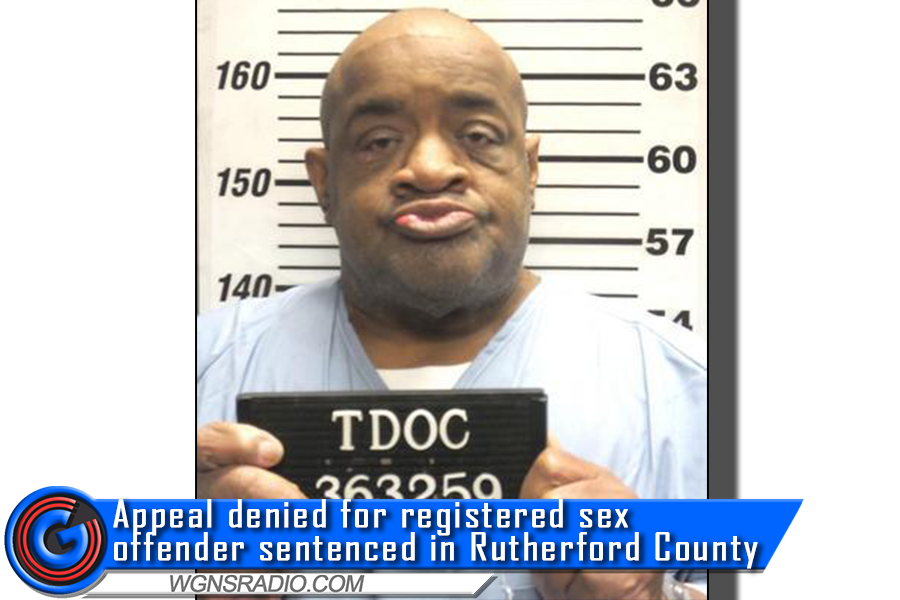 Almost 6-years ago, a 52-year-old Murfreesboro man was indicted by a Rutherford County Grand Jury for the Rape of a Child. After pleading his case in court and being convicted, he is now asking for post conviction relief.

ADVERTISEMENT
Eugene Franklin, who is now 57-years-old, was originally arrested at his home in 2016 after being investigated by the Murfreesboro Police Special Victims Unit. Detective Sargent Wayne Lawson and Detective Tommy Roberts oversaw the case.

Roberts, who is now a specialized detective at MTSU, outlined in the original arrest report that Franklin was accused of molesting a young girl at the age of 11, 12 and later 13.

Once in court, Franklin plead guilty to two counts of aggravated sexual battery and received two eight-year sentences - equaling 16-years behind bars. In addition to prison, Franklin was also placed on the sex offender registry. According to the Tennessee Sexual Offender Registry, Franklin is classified as being violent against children.

After being denied post conviction relief once already, Franklin appealed again - showing that he believes the post-conviction court made a mistake in finding that he received the proper assistance of counsel and that his guilty pleas were knowingly and voluntarily entered.

Scroll down to continue reading about this case
and the outcome that was filed on Wednesday (3/23/22)...

Court documents filed on Wednesday (March 23, 2022), showed that the Court of Criminal Appeals of Tennessee reviewed the case and sided with the post-conviction court's denial of the appeal.

The former Murfreesboro resident, who once called Hunt Street home, will remain in prison until March 29, 2031. Franklin is currently being held at a special needs facility under the Tennessee Department of Corrections.