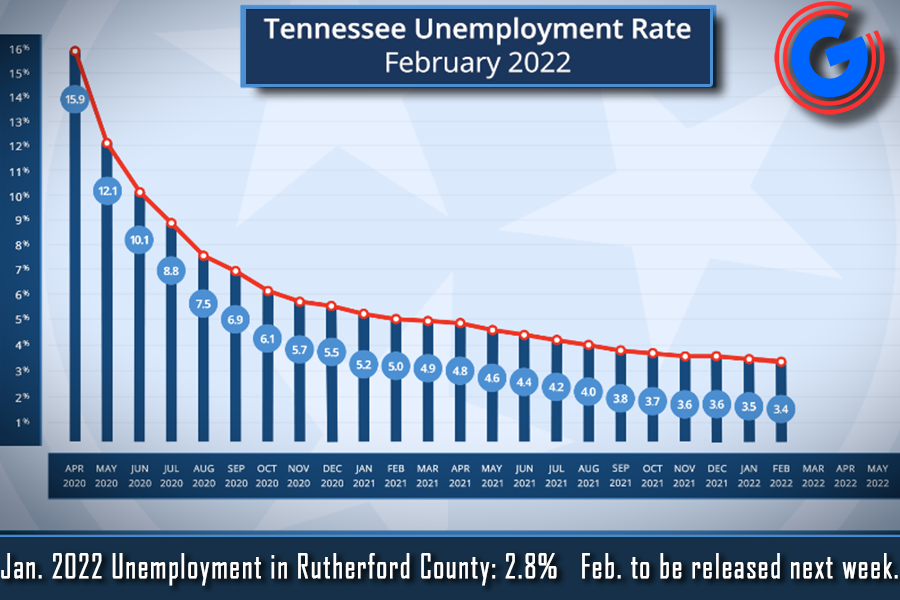 Newly released data from the Department of Labor and Workforce Development showed Tennessee recorded another month of lower unemployment in February. It marked the second consecutive month of decreased jobless numbers across the state.

What did employers pay their workers in TN last month?

When looking at February paychecks across the state of Tennessee, the average weekly pay for those who work in manufacturing last month was $982.48. That number is up by $24.46, when compared to January.

Across the United States, the average weekly income of someone in manufacturing was $1,008.58, which is $26.10 more than the pay received by Tennessee workers in the same industry.

Industry with the highest growth in employment

Across the state, it appears that the construction industry saw the biggest gain in employment with an additional 4.6-thousand workers being hired between January and February (2022).

When comparing February 2021 to February 2022, the industry with the largest gains in employment were leisure and hospitality followed by those who work in the transportation, trade and utilities sector.

County by county unemployment numbers for February are expected to be released next week.

Scroll down for more on February unemployment figures across the Volunteer State...

Unemployment across the United States also dropped slightly in February. The nationwide seasonally adjusted rate inched down by 0.2 of a percentage point to 3.8%. One year ago, the national jobless rate was 6.2%.

Jobs4TN.gov has tens of thousands of job postings from employers in and around Tennessee, including many work-from-home job opportunities.

Tennesseans have access to both online and in-person job seeker services where career specialists can help them devise a back-to-work plan. They can access those services at their local American Job Center or the state’s workforce development websites. All the information needed to get started is available at www.TNWorkReady.com.