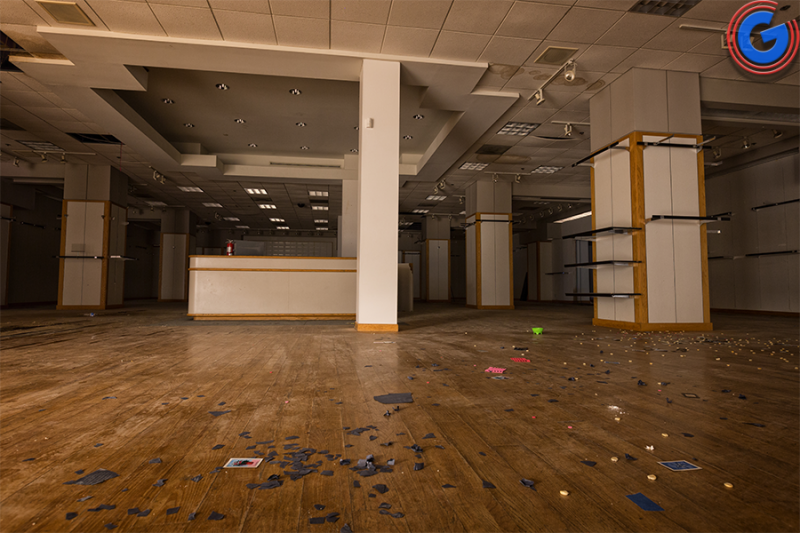 Hickory Hollow Mall was once the closest large scale shopping mall for back-to-school shopping for Rutherford County residents. Thousands of people in the Murfreesboro, Smyrna and LaVergne area have fond memories of going to the Antioch mall between 1978 and well into the 1990’s.

As the years passed and as Rutherford County began to grow exponentially, the need to drive into Davidson County for shopping at Hickory Hollow Mall became less desirable.

ADVERTISEMENT
In 1992, Rutherford County residents saw the opening of Stones River Mall in Murfreesboro, which is now called the Stones River Town Centre. The opening of the mall on Old Fort Parkway proved to be another example of positive retail growth that encouraged local residents to shop local.

On the other side of Nashville was a new retail center, which further cut into the customer base at Hickory Hollow traffic was the opening of a mall called Opry Mills in year 2000. Opry Mills was constructed on property that was once home to the Opryland Theme Park.

In 2007, Murfreesboro saw the opening of another shopping complex called The Avenue, which further reduced the need for shoppers to make the drive to the Nashville area.

By 2012, Hickory Hollow Mall was down to only 12-tenants, a far cry from their glory-days with 249 retail stores.

Now, Metro Nashville aims to purchase the deserted shell of what was once Hickory Hollow Mall and partner with Vanderbilt University Medical Center to convert the property into medical offices and services.

Scroll down to read about the freshly inked deal between Vanderbilt and Metro Nashville...

Vanderbilt University Medical Center (VUMC) has signed a letter of intent to negotiate a long-term lease agreement with the Metropolitan Government of Nashville and Davidson County for approximately 600,000 square feet of vacant space in what is currently titled the “Global Mall at the Crossings” (formerly known as Hickory Hollow Mall). 600,000 square feet is a little more than half of the mall property, which has a total square footage of 1.1 million-square-feet.

The space will be used by Vanderbilt to establish an array of health care services for the area and to fulfill other needs for its rapidly growing health system.

The VUMC Office of Health Equity has found that the ZIP code 37013 (Antioch) has one of Davidson County’s lowest rates for adults who have had a routine health checkup. Having VUMC outpatient clinics located in the area will help address this critical need in the Antioch community.

Through its vast infrastructure, VUMC has existing resources it can leverage to serve this community. For example, linguistic isolation (limited English-speaking households) is higher in Antioch and Nolensville (than other areas of Metro Nashville), and VUMC will leverage its Interpreter Services to facilitate care and health education.

During the pandemic, VUMC identified Antioch as one of the areas with highest COVID rates and employed strategies to mitigate its impact on the area. Already serving this area, in 2021 VUMC saw approximately 159,000 patients in its clinics from residents living in the ZIP codes of 37013 (Antioch) and 37211 (Southeast Davidson County).

The Global Mall at the Crossings affords VUMC a second opportunity to convert a currently vacant shopping mall into health care facilities. VUMC was one of the first health systems in the nation to capitalize on the “mall to medicine” concept when in 2009 it converted Nashville’s first shopping mall, One Hundred Oaks, into a 440,000-square-foot multispecialty clinic. Vanderbilt Health One Hundred Oaks has gone on to transform the surrounding community into one of Nashville’s destination locations for health care and retail services.

“We are excited about the potential to redevelop this property as a destination option for health care services for the residents of Antioch and the surrounding area. I want to acknowledge the integral role that Metro, including Mayor John Cooper and his team, along with the Metro Council, has played in this process. The mall’s location in Southeast Davidson County will make VUMC more accessible to one of Tennessee’s fastest growing and most diverse populations, advancing our mission of making health care personal,” said Jeff Balser, MD, PhD, President and CEO of VUMC and Dean of Vanderbilt University School of Medicine.

To help augment new services that will become available through facilities at the Global Mall, VUMC already has existing programs in the Antioch area. Vanderbilt Psychiatric Hospital has a school-based therapist in Cole Elementary and Eagle View Elementary who provides behavioral health services to students.

“Providing access to health care services closer to where our patients live and work is one of our core aspirations. We are excited about the potential of this property to become a focal point of the surrounding community while affording VUMC the opportunity to strengthen our presence in a growing and vibrant area of Metro Nashville. Redeveloping Vanderbilt Health One Hundred Oaks has been transformative for our health system and gives us the experience necessary to make this new project successful,” said C. Wright Pinson, MBA, MD, Deputy CEO and Chief Health System Officer for VUMC.

The Global Mall at the Crossings originally opened as Hickory Hollow Mall in 1978 and flourished for three decades as one of Tennessee’s premier shopping malls before a significant decline in retail tenants beginning in 2008. For the past decade, without success, multiple plans have been made to revitalize and repurpose major portions of the mall for different purposes.

Vanderbilt Health One Hundred Oaks, located along Interstate 65 in the city of Berry Hill, is in its 13th year of operation and offers a full range of outpatient services including adult and pediatric primary care, imaging services, dermatology, endoscopy services, the Vanderbilt Breast Center, the Vanderbilt Spine Center, along with multiple other medical specialties.