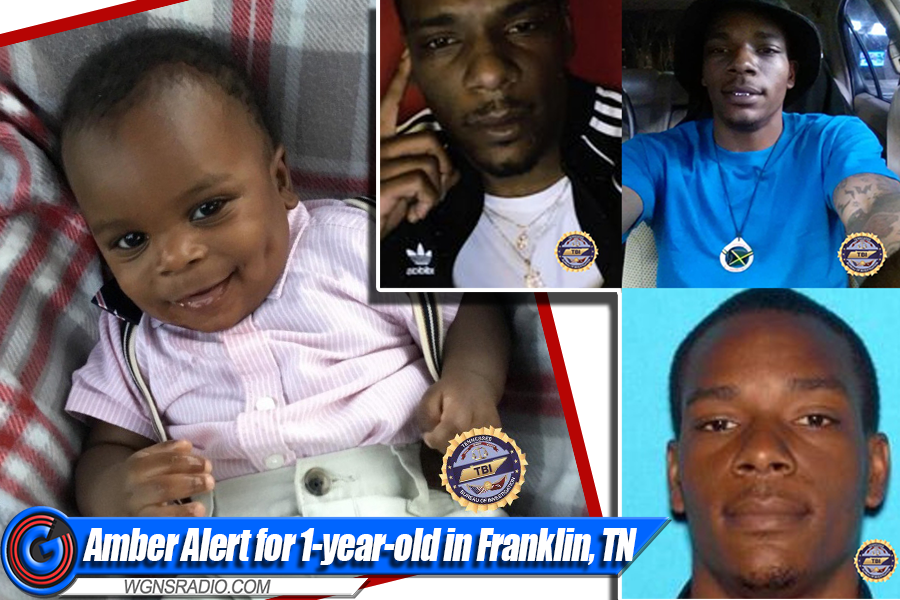 UPDATE:The Amber Alert for a Franklin infant has been cancelled after the 1-year-old was located safely in Nashville. The TBI says the non-custodial father Sharles Lumpkin, Jr. is still at large. See updated story HERE, original post below.

The father has been charged with especially aggravated kidnapping and domestic assault.

The Tennessee Bureau of Investigation issued an Amber Alert for a baby on Friday.

According to the TBI, 1-year-old Aziah Lumpkin has been missing since February 27th. On Friday, March 25th, the Franklin Police Department requested assistance from the TBI.

The baby weights 21-pounds and has black hair and brown eyes.

Sharles Lumpkin is 29-years-of-age and stands 6'-1”. He' weights approximately 147 pounds and has black hair and brown eyes.

There is no known direction of travel, but ongoing investigative work indicates Sharles may be in the Nashville / Middle Tennessee area.

Scroll down to learn how you can help the TBI and Franklin Police Department...