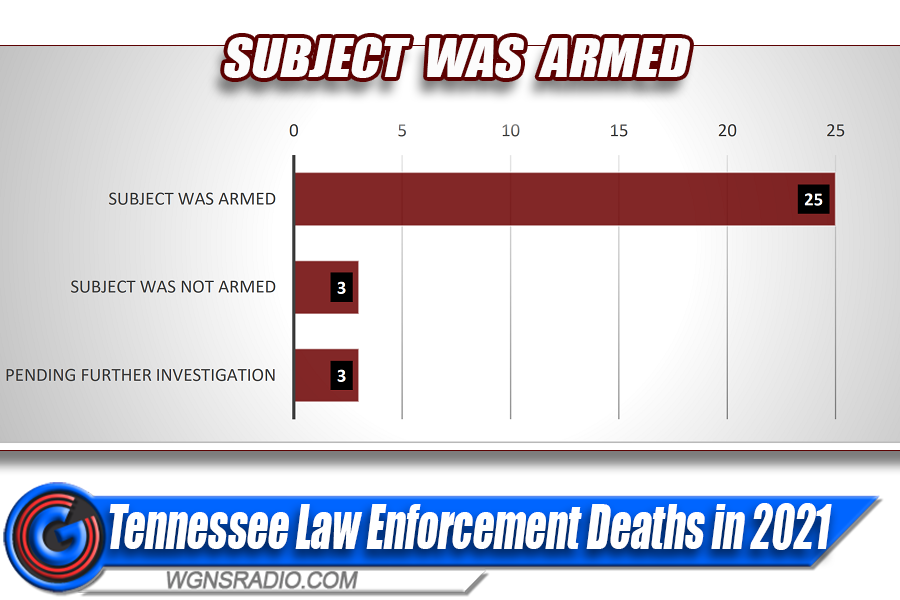 On Wednesday (03/30/22), the Tennessee Bureau of Investigation released a comprehensive study detailing law enforcement-related deaths that occurred in the Volunteer State during the 2021 calendar year.

ADVERTISEMENT
The report, released in accordance with the requirements in Tennessee Code Annotated §38-10-102, uses established definitions and methodology and provides information qualifying incidents submitted by the state’s law enforcement agencies.

Data has been divided into three categories:

Scroll down to see the findings from the annual report of law enforcement deaths...

Among the report’s findings:

• In 2021, a total of 31 deadly use-of-force incidents occurred in the state, with incidents in the months of June, August, and October accounting for 48.4% of reported deaths.

• The report showed 13 law enforcement deaths occurred when an officer responded to an unlawful or suspicious activity report.

The full report is available for review on TBI’s website, HERE.