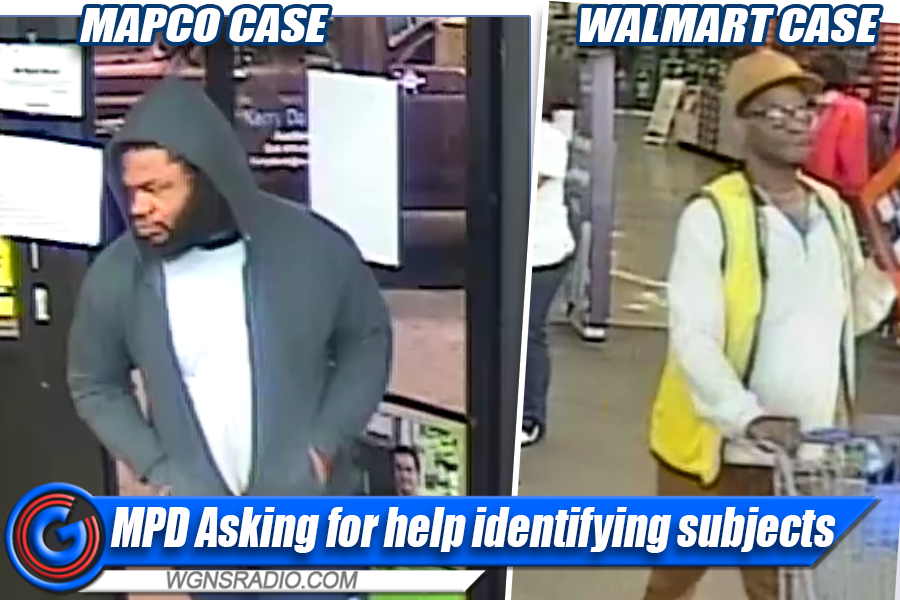 A man who allegedly grabbed merchandise from a Mapco Gas Station and allegedly fled the scene without paying for it is wanted by Murfreesboro Police for questioning.

Detectives are asking the public if they can help identify a person of interest in the theft case that unfolded at a Mapco on Memorial Blvd.

On March 16th, the unidentified man entered the business and asked the clerk for several items. While the clerk was distracted, the man grabbed merchandise and left the store, according to the MPD.

In an unrelated theft case, a man wearing a work vest entered Walmart on Old Fort Parkway and made his way to the electronics aisle. Once there, he reportedly helped himself to a 43-inch TV.

The MPD reports the man loaded the TV into a shopping cart and strolled out of the store and into the parking lot. He allegedly pushed the cart to a black Nissan Versa. After loading the television into the vehicle, the man left the area.

Reports indicate the Nissan had a dealer tag on the back of the vehicle with numbers that appeared to be painted over.

Detectives need assistance identifying a person of interest in the theft case that occurred at the Old Fort Parkway Walmart store.

Can you help the MPD - Continued...

MAPCO CASE: If you can help identify this person (photo above this news story), please contact Detective Ed Gorham at 629-201-5507 or email tips to crimetips@murfreesborotn.gov.

WALMART CASE: If you can help identify this person, please contact Detective Shan Harris at 629-201-5536 or email tips to crimetips@murfreesborotn.gov.