Read Announces His Bid For Re-election to Rutherford County Commission 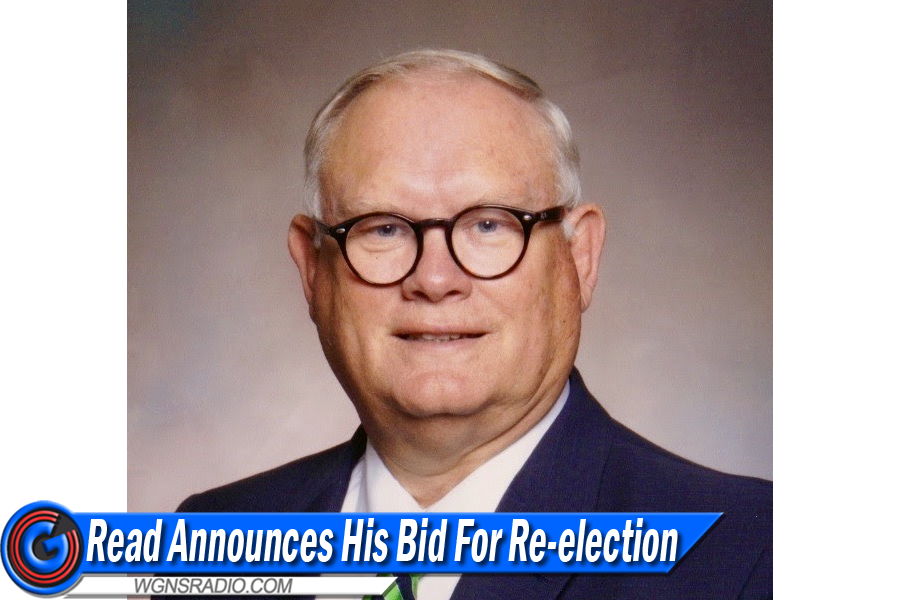 Read is a sixth-generation Rutherford County native residing today on his family’s farm located on the same road where his ancestors settled in 1802. He is seeking the office as a conservative, Christian citizen of Rutherford County just as his grandfather did over sixty years ago in the exact same area. “The next four years are going to be crucial to this county and its citizens as we deal with issues pertaining to a balanced budget, holding taxes low, education, infrastructure, traffic, solid waste, law enforcement, fire protection and continuous growth,” says Read. “When it gets down to it, this is our home and the best way to meet our challenges is here starting at the grassroots on our own front porch and not debating the nationally driven political agenda but attending to what is important to Rutherford County.”

Read attended the former Rockvale High School and is a graduate from Middle Tennessee State University with a B.S. degree in plant and soil science, as well as minor studies in speech and business administration. He was employed with the Tennessee Farm Bureau Federation for more than 44 years, until his retirement.

He was the director of communications and editor of the Tennessee Home and Farm magazine with a circulation of over 650,000, as well as the Tennessee Farm Bureau News. He received numerous national awards of excellence in editorial and commentary writing while overseeing his department’s multi-million dollar budgets that balanced each year.

Scroll down to continue reading about Commissioner Read...

He was recognized in 2013 by the Tennessee General Assembly, with Joint House Resolution Number 225, signed by Gov. Bill Haslam and both speakers, recognizing Read for his outstanding career and leadership in his community and state. He was also honored at the Capitol that same day as Tennessee’s Outstanding Agriculturalist.

As a County Commissioner, he currently serves as Chairman of the Public Safety Committee and vice-chairman of the Steering and Legislative committee. Under his leadership and continued determination Rutherford County is in the process of building six Public Health and Safety Buildings around the county that will provide fire and ambulance response units to rural areas along with a location for sheriff stop-over offices in each station. “These stations will also become community centers for needed health related situations as we saw during the pandemic as well as food pantry locations,” Read went on to say.

A new high school for Rockvale was opened in August of 2019 and during Read’s term, Eagleville School opened new classrooms, an auditorium along with more parking. Read was instrumental in locating land for a new practice field for the school when the original one was lost. “District 8 contains 4 county schools and I always attempt to help in their needs,” said Read.

He presented and drafted the Rutherford County Commission’s Second Amendment Sanctuary County resolution in 2020 that passed two committees with their recommendation to send it to the full commission where it received a unanimous vote and a standing round of applauds from a packed chamber of supporters. “The people asked for it and we delivered,” Read remarked!

He and his late wife Judy have two married children and five grandchildren. Read is an involved member of the East Main church of Christ.

“My decisions have always been made from the advice given to me by those in District 8 and not by a group not concerned with all the citizen’s wellbeing. I will strive to seek their input for answers to what affects their district,” says Read.

Above - Submitted by Rutherford County Commissioner Pettus Read for Re-Election