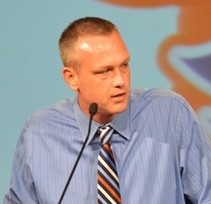 Rutherford County native Chad Hibdon has been hired as the new girls basketball coach at Tullahoma. He coached the Blackman girls for 10-years, winning back to back state championships in 2014 and 2015. After the second title, Hibdon resigned to take on college coaching at Truett-McConnell and a year later Trevecca. He resigned there in March after six years.