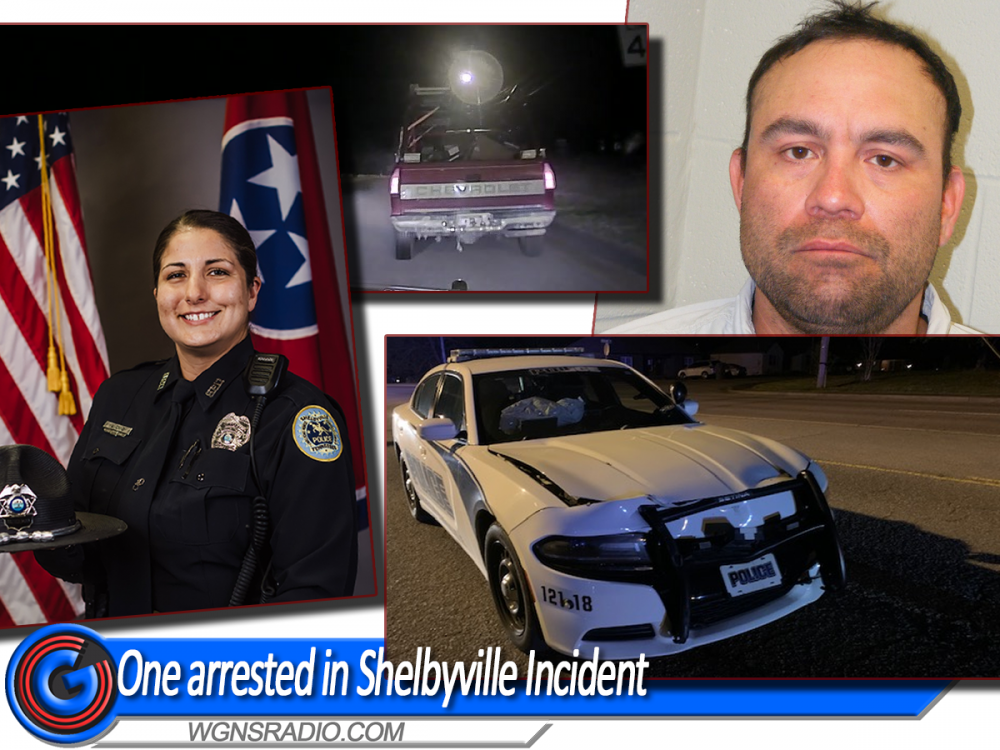 Photos from the Shelbyville Police Department

In nearby Shelbyville, a police officer was injured during an attempted traffic stop.

Just before midnight this past Thursday, Officer Letisia Diaz was patrolling Madison Street when she began following a red pickup truck whose driver was suspected of driving while impaired. As Diaz followed the vehicle down Highway 41A, the truck came to an abrupt stop.

After stopping, authorities report the driver of the pickup placed the truck in reverse and intentionally rammed the patrol car being driven by Officer Diaz. The driver then got away from the law, but not for long (scroll down to read the rest of this news story).

As the late-night hours of Thursday night turned into Friday morning (April 7th – April 8, 2022), Officer Diaz was transported to the Vanderbilt – Bedford Hospital, where she was treated and released.  Thankfully, the Shelbyville officer did not receive significant injuries when her patrol car was allegedly rammed by the driver of the pickup truck.

On Friday morning (April 8, 2022) just before 7, a Shelbyville man by the name of Luis Escareno Ortiz called 911 to report that his 1995 Chevrolet pickup truck was “STOLEN.” After further investigating the reported theft, the Shelbyville Police Criminal Investigations Division gathered enough evidence to tie Ortiz to the truck that backed into Officer Diaz’s patrol unit. Keep in mind, it was allegedly the same truck that Ortiz claimed was stolen.

Ortiz was charged with Filing a False Report, Aggravated Assault on a First Responder, and Driving on a Revoked License. The suspect was taken into custody on Friday afternoon (April 8, 2022) and as of Monday evening (5PM on April 11, 2022), he was still behind bars. He is being held under a $32,000 bond.

As for the missing truck, it was eventually located by the Shelbyville Police Department and impounded.