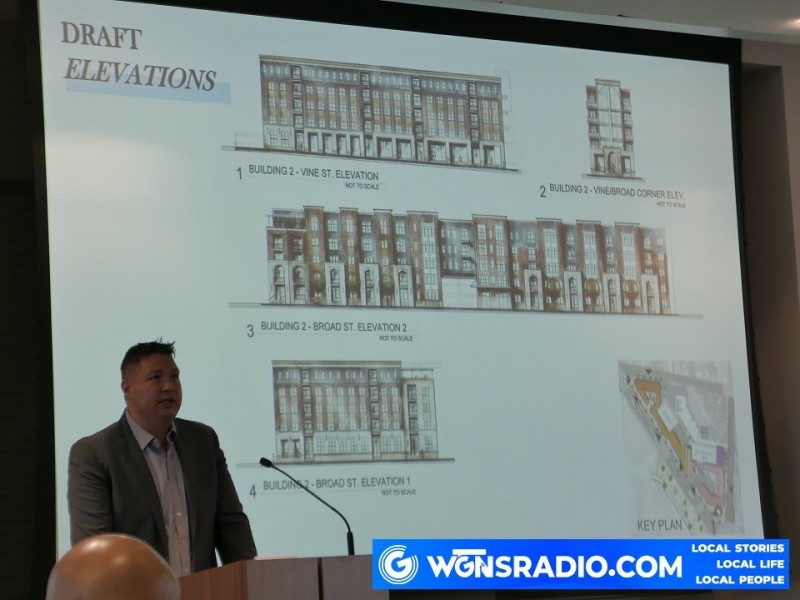 The project is in the "talking stages" now and must go through an extended study process with the Murfreesboro City Council and several City building regulatory agencies.

It was referred to as "The Broad Street Redevelopment" would cover the land between Vine Street and South Church, bordered on one side by Broad Street and the other by the Murfreesboro City Hall and Linebaugh Public Library. That is where Murfreesboro Water and Sewer, Murfreesboro Fire Administration (old city hall), along with the vacated police headquarters, old Courier building and other businesses.

To help you get a better idea of the scope of the downtown improvement, the much discussed Historic Bottoms is directly across Broad Street. That project includes the wetlands from the Discovery Center all the way to Cannonsburgh Village. In fact, the daylighting of Town Creek is expected soon. The creek presently goes into a large culvert at the wetlands and goes underground along Broad Street and opens on South Front Street a few feet north of the log cabin welcome center at Cannonsburgh.

The One East College mixed-use development, on the northside of the downtown district at the old Methodist Church site, is now in progress with the site now cleared and the developer working on the next stage of development. The square block, 2-plus acre project will include a mix of retail space, office, restaurants, 156 residential units, space for a boutique hotel, and indoor parking for 600+ vehicles.

The church bell tower and sanctuary were saved and will be a part of the One East College redevelopment.

The City notes that Parks Group is already leasing office space at $27 per square foot in the future office building.

NewsRadio WGNS will devote several long-form talk radio shows on this topic. Tune to AM 1450, FM 101.9 in Murfreesboro and FM 100.5 in Smyrna, or worldwide at www.WGNSradio.com.