Cause of wildfires in East Tennessee Released 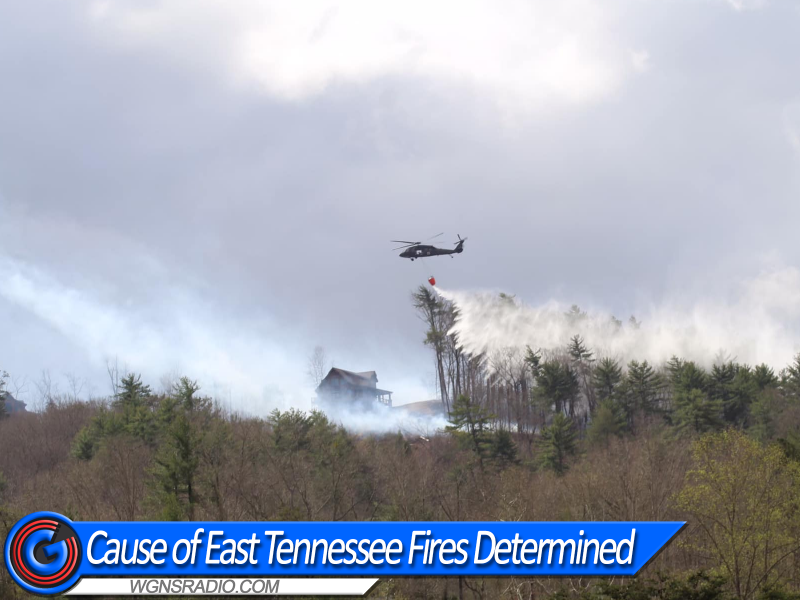 The Tennessee Department of Agriculture’s (TDA) Agricultural Crime Unit (ACU) completed their investigation into the cause of two recent Sevier County wildland fires (Click the photo above this story to see multiple pictures from the wildfires).

Agriculture Crime Unit Captain Greg Whitehead said, “Based on the results of our origin and cause investigation, it was determined the two large wildland fires were caused by downed power lines.” Firefighters from Rutherford County, Murfreesboro and LaVergne joined multiple departments from East Tennessee and helped fight the blaze. Captain Whitehead further stated, “The high winds that took down the power lines to spark the fires also fueled the progression of the fires.”

ADVERTISEMENT
Rutherford County Fire & Rescue workers returned from the scene of the blaze on April 3rd and reported, “It was our honor to help our colleagues in East Tennessee and the community in their time of need.”

Scroll down video and to read more details about the fires...

The Agriculture Crime Unit is the primary agency responsible for investigation of suspected wildland arson statewide and officers are specifically trained to investigate wildfires. ACU worked with the Tennessee Bureau of Investigation, the Sevier County Sheriff’s Office, and the Pigeon Forge Police Department to determine the source of both fires.

Video from the Tennessee Department of Agriculture