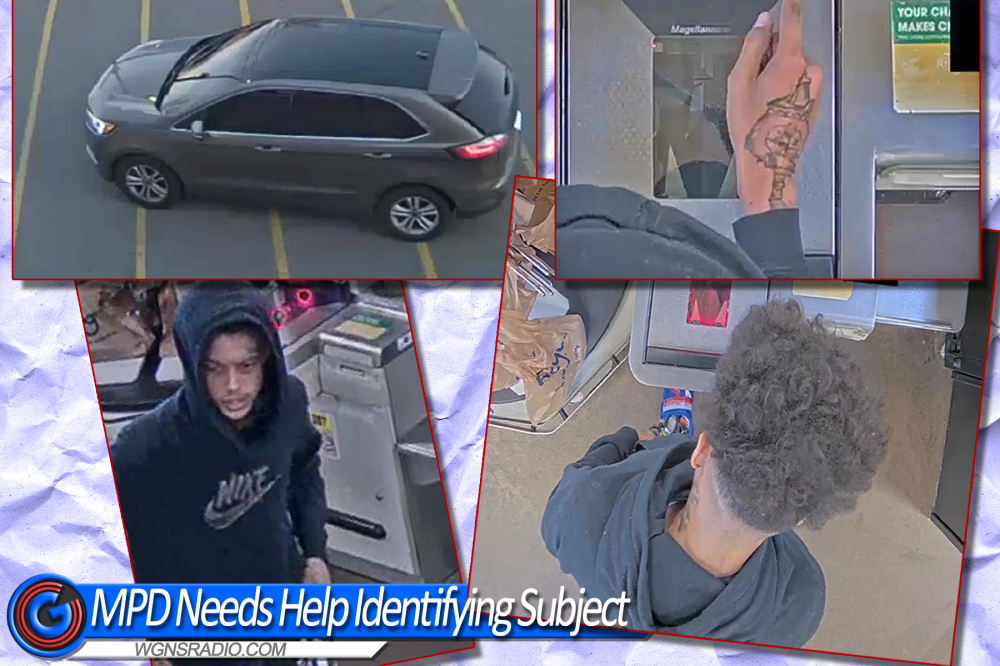 MURFREESBORO, Tenn. — Murfreesboro Police are trying to identify a person of interest in a rash of car burglaries that have taken place in Murfreesboro over the months of March and April. Detectives filed a report showing a victim's debit card was used in Hendersonville at two different Kroger stores after one of the burglaries took place in Murfreesboro. In the case of the debit card being used in Sumner County, a security camera captured a photo of the suspect’s right hand - which had a unique tattoo on the top of his hand.

The MPD responded to around 100 burglaries to vehicle calls between March 1st and April 8th. The crime spree took place on multiple roads and in several neighborhoods in the areas of Highway 96 at Brinkley Road, the Cedar Retreat subdivision off Florence Road, the Westlawn neighborhood off Veterans Parkway, the Blackman Station subdivision and along Joe B. Jackson Parkway in Southeast Murfreesboro.

Authorities say the subject with the tattooed hand was seen driving a gray or dark silver SUV (as seen in the photo above this story).

Continued - Can you help Murfreesboro Police?

If you believe you have any information that could be useful to police, please contact Detective Harris at 629-201-5536, or email tips to crimetips@murfreesborotn.gov. You can also contact the MPD Criminal Investigations Division at 615-893-2717.

At this point, the investigation into the recent surge in auto burglaries continues.