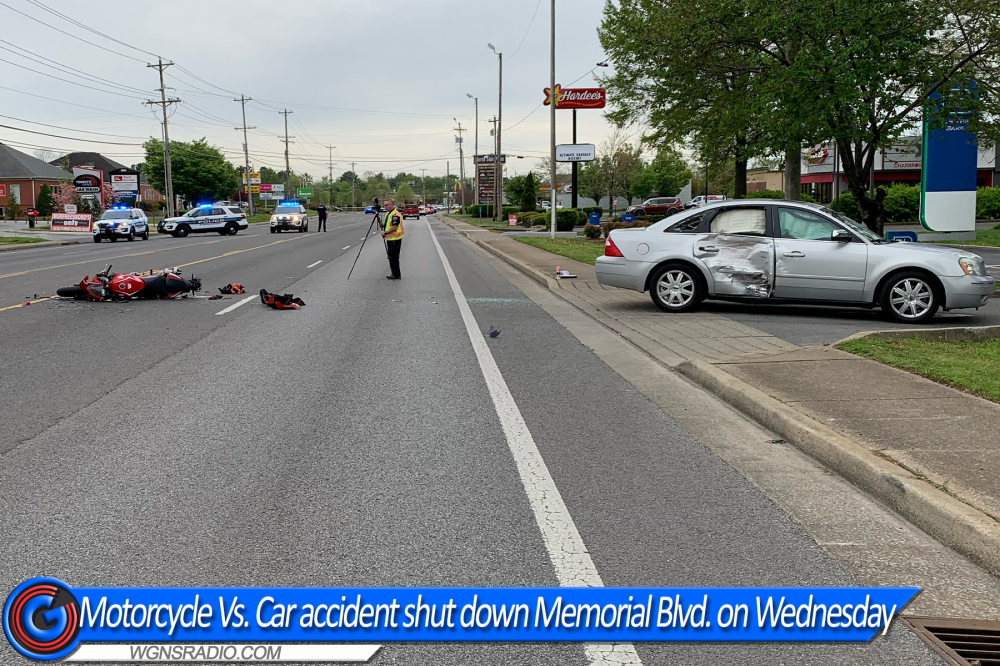 Previous: At 9:30 Wednesday night,  Murfreesboro Police told WGNS that all lanes of Memorial Boulevard had reopened.  Furthermore,  the preliminary investigation shows the car was traveling northbound and attempting to make a left turn into the Fifth Third Bank,  causing the motorcycle rider to slam into it. The motorcyclist is now listed as being in critical condition. The driver of the car was not hurt. The investigation continues. Scroll down for original report that was released shortly after the accident occurred.

The driver of the car was not injured, but the motorcyclist was seriously injured.

The road had to be closed down for several hours for Murfreesboro Police to investigate the collision. Again, both directions of Memorial Blvd. had to be shut down on Wednesday night.