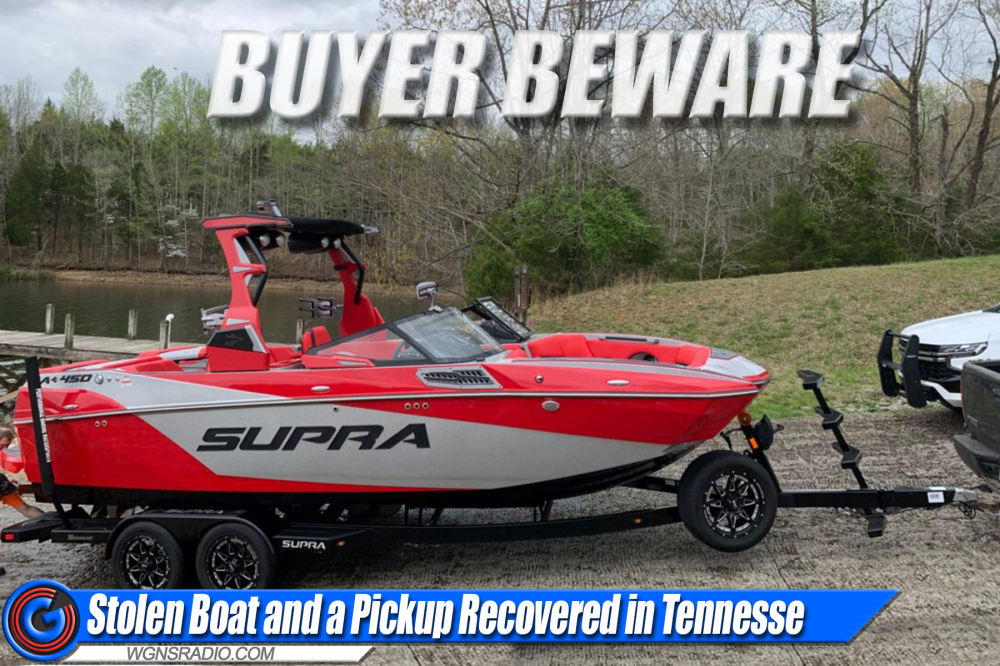 MIDDLE TENN. – Investigators are asking Tennessee residents to be on the lookout for stolen boats as boating season begins. To kick-start the season, we wanted to let listeners know about a ski boat that was recently stolen about an hour south of Murfreesboro in Franklin County, Tennessee.

According to the Franklin County Sheriff’s Department, they have since recovered around $210,000 worth of stolen property. Included in the figure was a high dollar Supra 450 ski boat, that sales for $124,000 to $169,000 new. Also recovered was a pickup truck.

ADVERTISEMENT
Sadly, the expensive ski boat and truck were both purchased by unknowing parties that had no clue the vessel and truck they were buying were previously stolen. This of course means the boat and truck get repossessed and the buyer is automatically out the money they spent on the boat and / or truck. Unless of course the vehicles were purchased from a reputable dealer, then the dealer can be held liable.

The Franklin County case has been turned over to authorities in nearby Shelbyville, as well as Osage Beach, Missouri and the United States Secret Service.

Scroll down to learn more about boat theft in Tennessee...

The theft and resale of stolen boats in Tennessee is not uncommon.

While the Volunteer State is prime for reselling stolen boats because Tennessee is a boat registration only state and does not issue boat titles, boat thefts do not appear to be a major concern. Only 133 boats valued at more than $1,000 were reported stolen in Tennessee in 2016, the most recent year for research to be conducted on boat thefts. That number is a far cry from the 254,000 registered boats in Tennessee.

Learn more about protecting yourself from buying a stolen boat in Tennessee and how some have pushed for boat titles in Tennessee HERE.