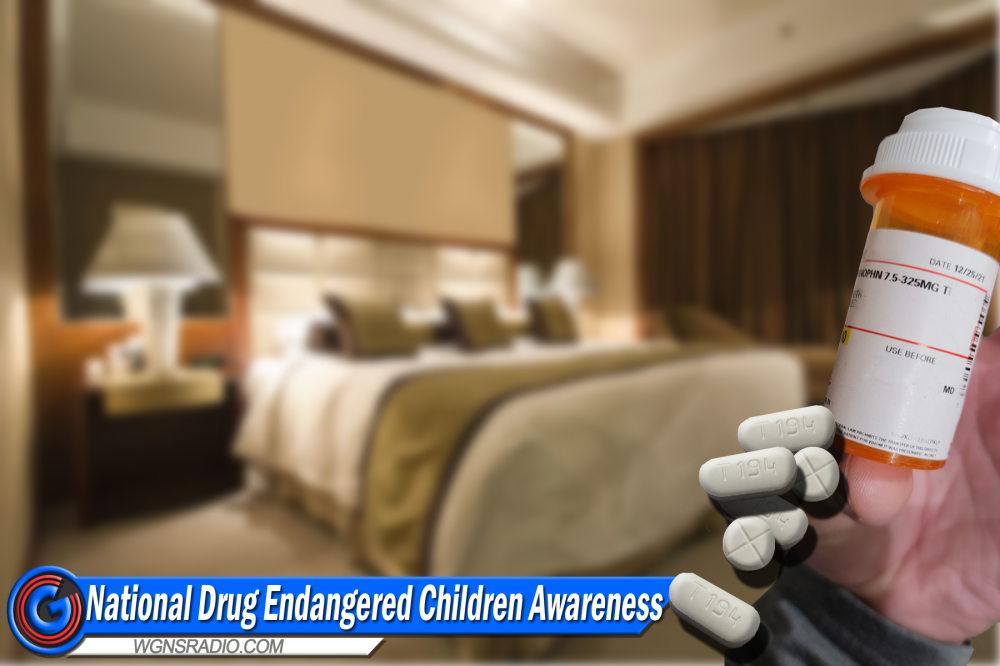 “Our goal is to educate and better inform the community on how to deal with these children,” said Tabatha Curtis, Statewide Coordinator of TADEC with the Tennessee Bureau of Investigation (TBI). “What’s going on in their lives? Do they want to share? Getting the schools trained on trauma informed training and being able to look for the signs. It’s all about trying to impact these kids at an early age, so we can change the trajectory of their lives.”

According to the Department of Children’s Services, 52,771 Tennessee children were linked to drug endangered child allegations in 2021.

“That number itself brings to the forefront the importance of dealing with drug endangered children in juvenile court,” said Perry County General Sessions Court Judge Katerina Moore. “Most of the time, those cases result in the disruption of families, which is very traumatic for the children no matter what age they are. Those effects can be lifelong, so it is important in those cases not only to focus on what to do when the child is exposed to substances, but how to address the issues that led to the destruction of the family, whether it be mental health or substance abuse. How do you address the trauma to the child as well as the parents or caretakers, and the family unit as a whole?”

Tennessee’s Safe Baby Courts have heard 348 cases across 12 counties since their inception. Of those 348 cases, 308 involved substance use by one or both parents.

“I think people don’t realize how much of an effect drug abuse has on the children.” said Carrie Niederhauser, Rutherford County Safe Baby Court Coordinator. “Their parents, grandparents, whomever are struggling with substance use. Obviously, relationships with those children are greatly affected. What we see in safe baby court is parents aren’t there because they’ve been told they can’t be there or because of their addiction. The kids miss their parents and they want their parents there, and people don’t often realize how much of a toll that takes on the kids. It’s hard to explain to them about addiction and why mom looks ok, but can’t be around or is struggling.”

Niederhauser believes substance abuse is more prevalent in Tennessee than most think because people are good at hiding it. She said it’s a problem that affects people of every socio-economic group.

“It’s not just substance abuse that’s the issue,” Niederhauser said. “It also affects housing and employment, and everything that you have to have to raise a kid. Substance abuse bleeds into and affects all of that negatively.”

“Unless we provide services for the children affected by substance abuse of their parents, it is likely that the substance abuse becomes cyclical,” Judge Moore said. “We see that more and more in juvenile court. Those children are more likely to use substances in their own lives, just to cope with that trauma. That’s why it’s important to try to address that on the front end and try to help them process it.”

Teaching law enforcement officers to be on the lookout for evidence of children in homes of substance abusers and making sure those children are referred to the Department of Children’s Services (DCS) will make a difference, according to Lawrence County Magistrate Ashley Dunkin.

“Unfortunately, we have seen a massive uptick in children testing positive for drugs,” Magistrate Dunkin said. “Children that are five, six, seven, twelve years old testing positive for amphetamines, methamphetamines, a variety of things and that’s very disheartening because I don’t think the parents that are using intend for their children to ingest these drugs and have these drugs in their system. I can’t live in a world where I believe a parent intends that.”

TADEC has programs in place to combat the problem. Currently, there are seven drug endangered children response teams across the state.

“They have reached out to these children and their families, said Curtis. “They use substance abuse prevention coordinators and recovery specialists in their communities to help get parents into treatment. They’re referring juveniles to mental health counseling and treatment. They work alongside the regional opioid prevention specialists with Narcan and overdoses, to track it. When they find out there has been an overdose, they try to figure out if there are children involved. How can we impact those children?”

Other helpful tools include a coping book entitled, “Timby Talks Addiction,” about a bear who speaks in a rhyming voice and the “Handle with Care” program, which allows law enforcement officers to inform schools to handle an affected child with special care, no background information required and no questions asked.

“Our goal is to have every law officer in the state of Tennessee have access to those Timby Bears and those kits. It’s an expensive goal, but we are striving for it,” Curtis said.

Until then, TADEC will continue to shed light on this growing problem affecting our youth and their families across the state.

The Tennessee landmarks putting a spotlight on Drug Endangered Children Awareness Week included: The Eiffel Tower in Paris; the State Capitol and Korean War Memorial Bridge, in Nashville; the Tennessee Aquarium, in Chattanooga; the Sky Bridge and Space Needle, in Gatlinburg; the Ferris Wheel/The Island, in Pigeon Forge and the Sevierville Courthouse.