JazzFest 2022 was a musical night on Saturday 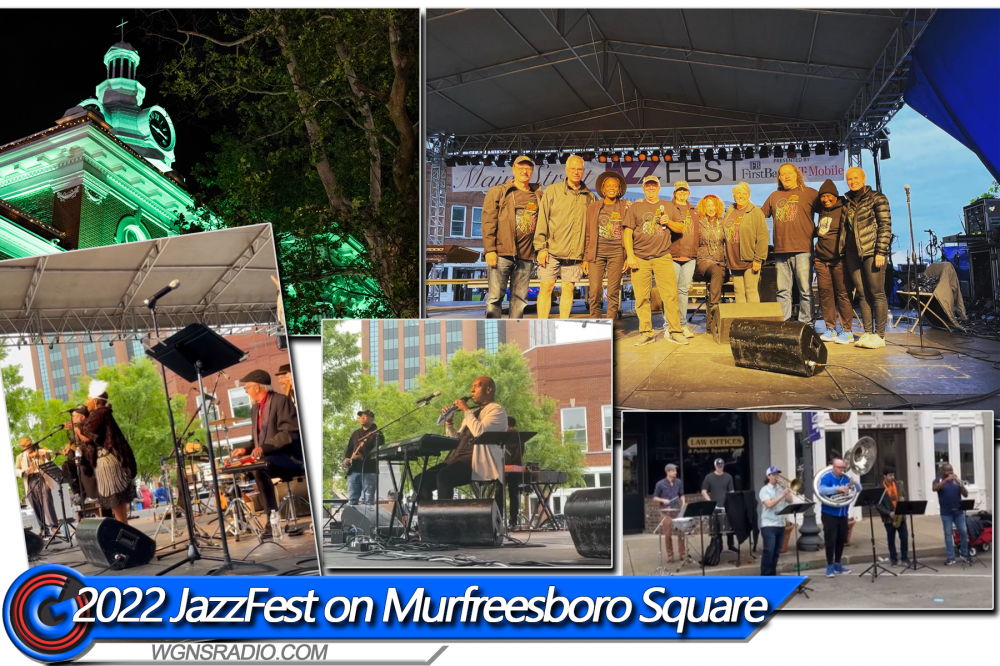 MURFREESBORO, Tenn.  - The historic downtown square in Murfreesboro was quiet on the opening night of JazzFest. Due to the prediction of impending inclement weather earlier in the day, organizers decided to move the opening night to Central Magnet School on East Main Street. However, Saturday went on as scheduled.

Main Street JazzFest, the annual Spring celebration held the first weekend of May on the historic downtown square of Murfreesboro, proved exciting for local visitors to the nighof music on Saturday. Despite chilly weather on May 7th, the 25th anniversary was fun for all. The free outdoor event continues to be one of the most popular annual activities for all ages in Rutherford County.

ADVERTISEMENT
Kicking off Saturday’s music was a repertoire are five middle school bands. The teens started playing at 10:00am. Gourps from Blackman, Oakland, Rockvale, Rocky Fork, and St. Rose Middle School’s were all in attendance.  MTSU Jazz Ensemble 1 performed at 1:30pm and were followed by The Center for the Arts from. The traditional Jazz Clinic 101 was led this year by Karl Wingruber, a local multi-talented jazz musician and teacher.

The professional acts took the stage at 3 pm on Saturday with the famous Jug Band, known for their early blues sounds from the 1900s JAKE LEG STOMPERS.  Spanning over 18 years, this band has released four albums, performed at festivals across the mid-South, including the 2022 New Orleans Jazz and Heritage Festival.

Scroll down to continue reading…

THANE SHEARON & FRIENDS performed at 4:30pm with their soulful power-blues-meets-jazz ensemble.  Classically trained, Lassiter is considered by many to be one of Nashville’s premier jazz guitarists.

JazzFest on Saturday (Below)

At 7:30pm, a diverse group of Nashville musicians hit the stage showing their love for big-band music with THE ESTABLISHMENT, an ensemble devoted to performing a wide array of jazz orchestra music.  This 20-piece band got the audience off their chairs for dancing!