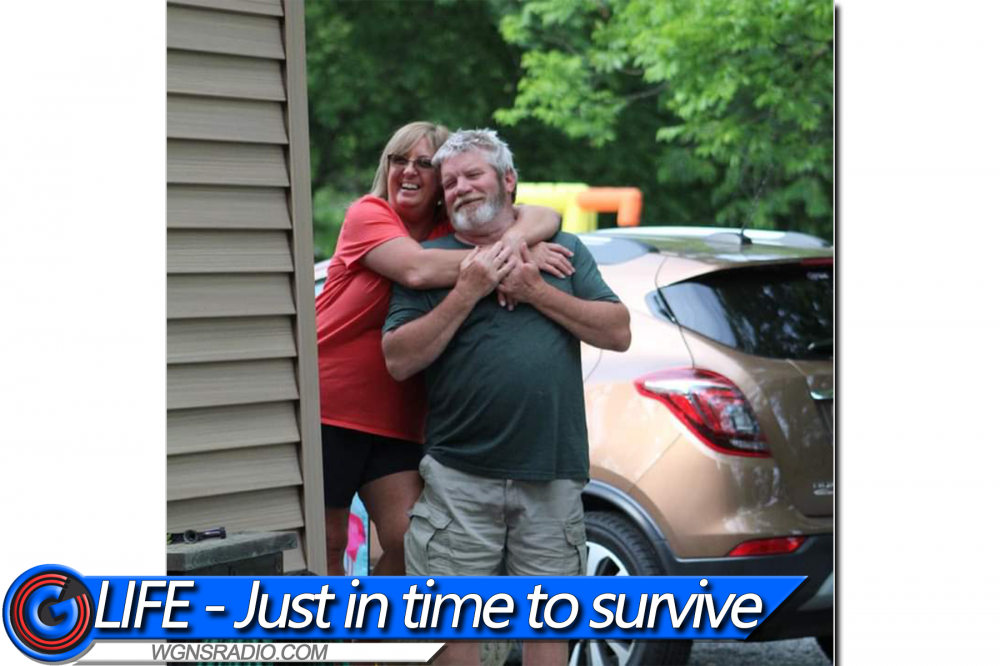 It was 1:15 a.m. on January 17th, 2022, when Michael, 58, woke up from his sleep feeling strange. “My arm felt like it was asleep,” said Michael. “I tried to lift it up but it wasn’t moving, so I had to physically pick it up. I walked into the bathroom to look at myself in the mirror and noticed that the left side of my face was getting droopy. I tried to wink and smile but my face wasn’t moving.”

He went to wake up his wife and they drove straight to the ER at Ascension Saint Thomas Rutherford Hospital. The staff evaluated Michael and confirmed he was suffering a stroke. “They took me right back to get treated,” said Michael. “I believe that is one of the reasons why I almost have full function back.” Michael's type of stroke was called ischemic. This type of stroke occurs when a blood clot blocks or narrows an artery in the brain.

ADVERTISEMENT
The staff at Ascension Saint Thomas Rutherford Hospital were able to provide Michael with a drug called tenecteplase, often called a clot buster. This use of "clot-busting" medicine is known as thrombolysis.Thrombolysis can be offered to patients who are having a stroke caused by a blood clot such as ischemic stroke who arrive at the ED quickly. If given within the first three hours of having a stroke, it can help to restore blood flow to brain regions affected by a stroke, thereby limiting the risk of damage and functional impairment.

The staff provided me and my wife with all the information we needed,” said Michael. “They sat down with us and explained my situation and walked us through our next steps.” Michael was able to leave the hospital just two days later on January 19th. He went to outpatient rehab for six days and is continuing to exercise and working to get back full function in his left hand.

Michael is a Murfreesboro native, born and raised in the Rutherford area. He works as a bulk unloader at General Mills and spends his extra time fishing, spending time with his grandchildren, and woodworking. Now he is back enjoying his routine with his loved ones. “I believe God was with me throughout my whole experience,” said Michael. “He is the one that woke me up on time, he got me into the hospital on time, and surrounded me with the best care at the hospital. I felt like I had guardian angels around me at all times.”