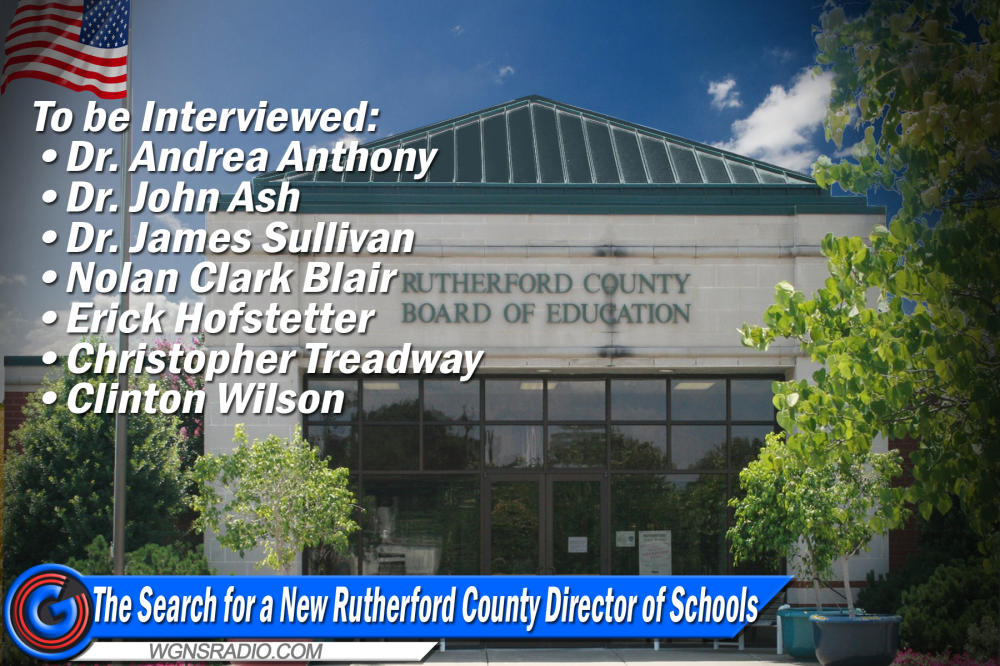 The board voted unanimously to interview the following three candidates:

The three candidates will be interviewed next week. The Board will also hold a special-called meeting next week before the interview date to select the questions that will be asked of each candidate. The Board has also asked the district staff to send a survey to all parents this week for input on interview questions.

Scroll down for more on this story and to learn who else will be interviewed...

Interviews and the School Board - Continued...

A total of seven candidates submitted applications for the Director of Schools position.

In addition to three mentioned above, the other four candidates are:

The School Board stated it reserves the right to interview other candidates at a later time.

The school district will send regular updates to parents and employees to ensure the process is transparent and open.