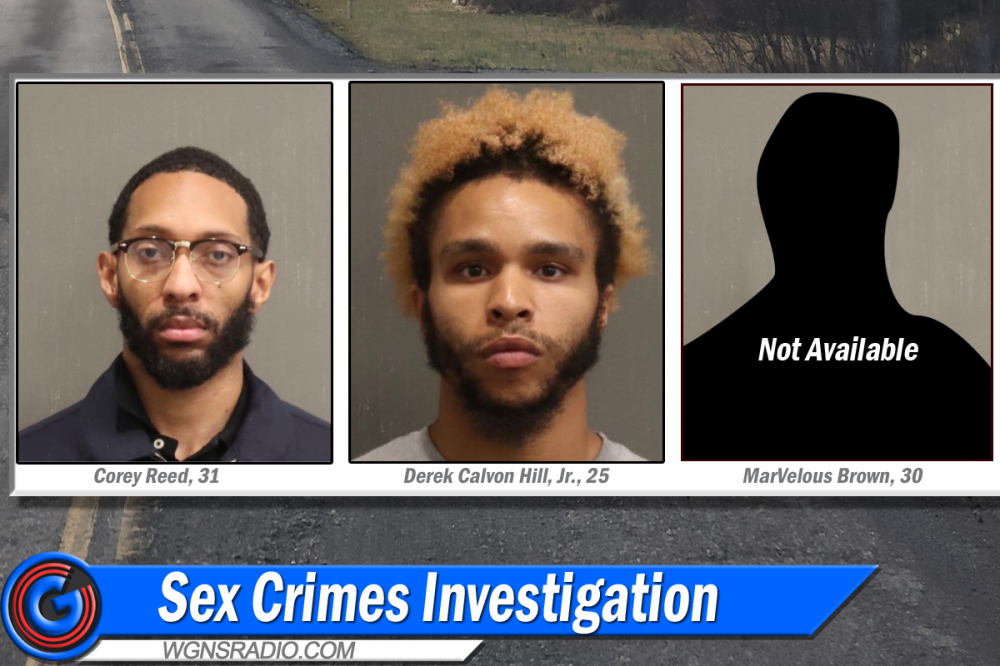 An investigation that began in January by the Metro Nashville Police Department’s Youth Services Division, has led to three people facing charges in the reported sexual abuse of a teenager during 2017 and 2018. The case has led to the indictment of three men, two educators and a Metro police officer, on multiple criminal counts.

Law Enforcement Officer Corey Reed, a five-year Nashville Police Department veteran, surrendered on Wednesday. The 31-year-old is facing one count of sexual battery by an authority figure for the alleged unlawful touching of the then 13-year-old boy who allegedly spent the night at Reed’s home in December of 2017. A Criminal Court Judge set bond for Reed at $100,000.

30-Year-old MarVelous Brown, who was the band director at Joelton Middle School when he reportedly met the victim in 2017 and allowed him to spend the night at his home on multiple occasions, is charged with one count of aggravated rape, three counts of statutory rape by an authority figure, two counts of sexual battery by an authority figure, and one count of solicitation of a minor. Until his recent separation, Brown was the band director at Fisk University. Brown is not yet in custody.

25-Year-old Derek Calvon Hill Jr., a current high school health teacher at Kipp Academy, is charged with one count of aggravated rape for the alleged sexual assault of the teenager with Marvelous Brown at Brown’s Nashville home in 2017. Hill was arrested at Kipp Academy Wednesday. His bond is also set at $100,000.

The victim, who is now 18-years-old, came to police in January of this year to report the sexual abuse, which he said began when he was in the 6th grade. Brown is alleged to have unsuccessfully solicited the teen for sex as late as last year.

Reed, who was assigned to the South Precinct, was decommissioned (police authority removed) on January 19 pending both criminal and administrative investigations. The Office of Professional Accountability’s investigation of Reed will soon result in notice of a disciplinary hearing.

Brown, Hill and Reed are friends and took part in a mentoring group through a college fraternity, according to Metro Police. Youth Services Detective Steffani Dahlstrom is leading this investigation.

Source: Metro Nashville Police Department
DISCLAIMER: All suspects are presumed innocent until proven guilty in a court of law. The arrest records or information about an arrest that are published or reported on NewsRadio WGNS and www.WGNSradio.com are not an indication of guilt or evidence that an actual crime has been committed.