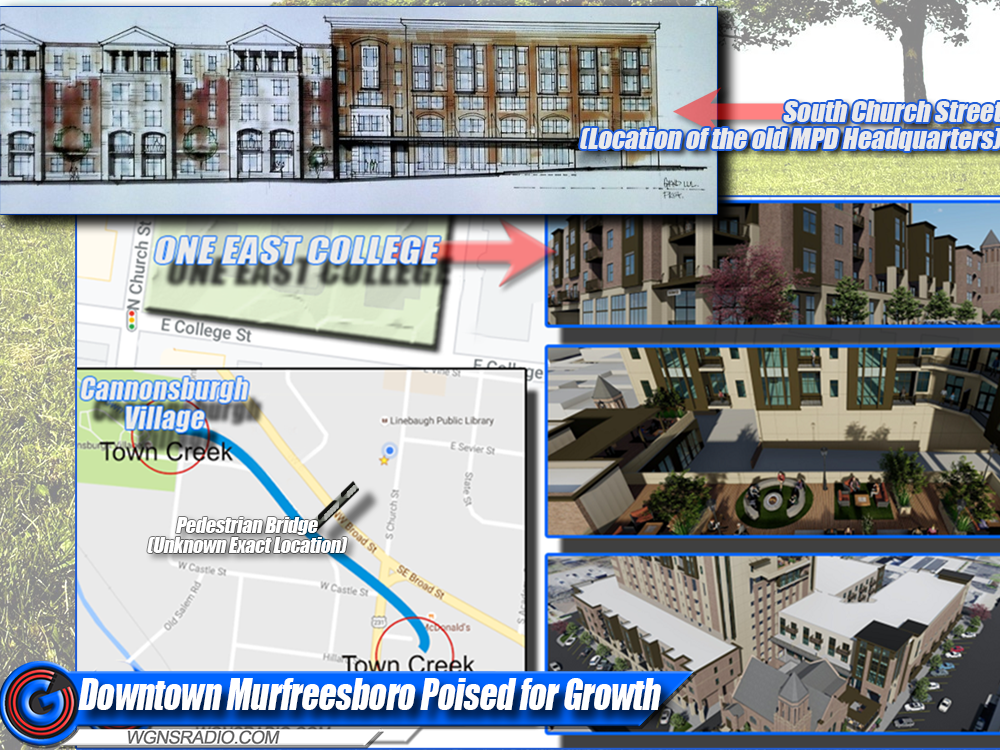 (Murfreesboro, Tenn.) Downtown Murfreesboro is poised for growth and developers continue to make plans for the area around the historic Rutherford County square. A mixed-use development along Broad Street behind the City Hall was most recently proposed and City Council member Shawn Wright stated… Wright gave his opinion on the proposed living space within the Broad at Church Street site… The original plans that were presented in a council workshop session last month (04/13/22) included over 300 apartment units, up to 25 residentially owned condominiums and a 40 to 60-room boutique hotel. There would also be space for offices, restaurants and retail stores. At that workshop, Dean Montgomery with HRP Residential stated… Again, the mixed use structure would be sandwiched between the Murfreesboro City Hall, Broad Street and South Church Street.

Another change that will be seen in the near future includes a pedestrian bridge over Broad Street and a new pedestrian crossing on South Church Street… That was Councilman Wright. The pedestrian bridge is expected to lead visitors to Cannonsburgh and a future park-like area that will surround Town Creek, which currently runs underground between Murfree Spring near the Discovery Center and Lytle Creek behind Cannonsburgh. Murfreesboro City Manager Craig Tindall said… An official timeline for daylighting the creek has yet to be announced.

Meanwhile, the construction of a mixed-use structure known as One East College continues to progress. One East College is the property that was once home to First United Methodist Church. Councilman Wright said… As agreed, designers have incorporated the original First Methodist Church copula into construction plans. Once complete, the new structure will include 156 residential units, a 110-room hotel, office space, retail stores, restaurants, and a 600+ car parking garage to help alleviate parking woes with new residents and visitors. The development sits at the intersection of North Church and East College Streets. Office space will be rented for about $27-per-square-foot in the future building.