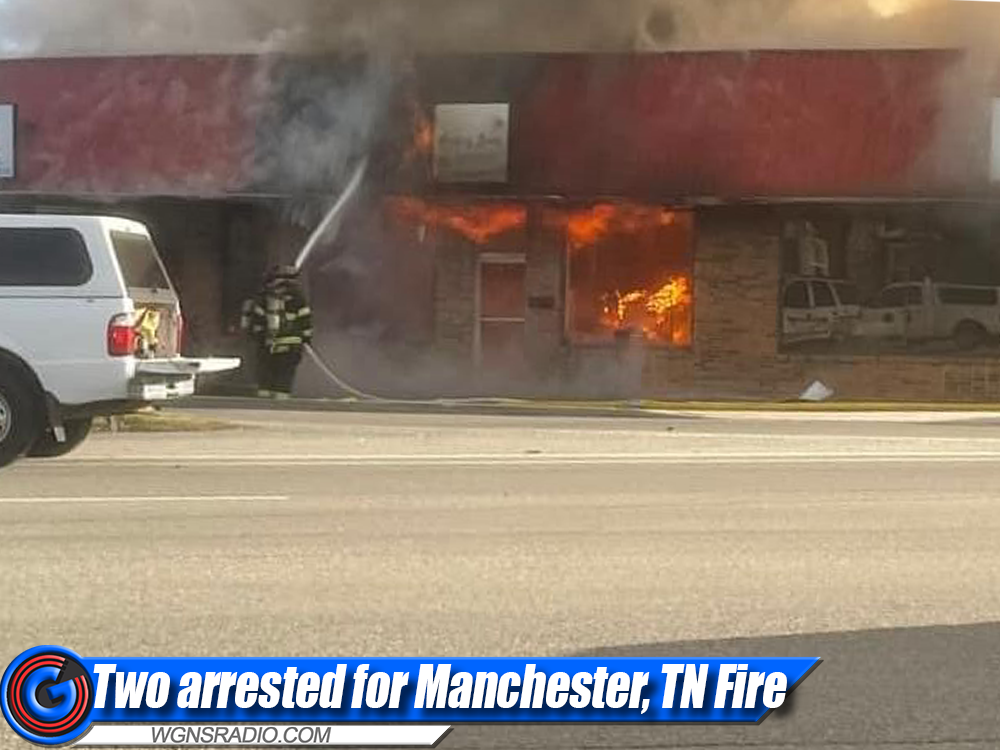 (Coffee County, TN) Just 20-minutes East of Murfreesboro, two people have been arrested and charged with arson, among other things, in connection with the Woodland Plaza Fire on March 21st in Manchester, TN. The fire in Coffee County destroyed multiple businesses causing hundreds of thousands of dollars in damage and destruction.

According to Manchester Police Department officials, they identified two individuals who were responsible for the fire. Additionally, they determined that prior to the fire a burglary was allegedly committed at the business of Greg Green Photography.
ADVERTISEMENT

We have now learned that a sealed indictment was issued on May 10, 2022 by the Coffee County grand jury. The indictment names Zackery Meeks and Stacy Caldwell as the subjects who face charges for the fire.