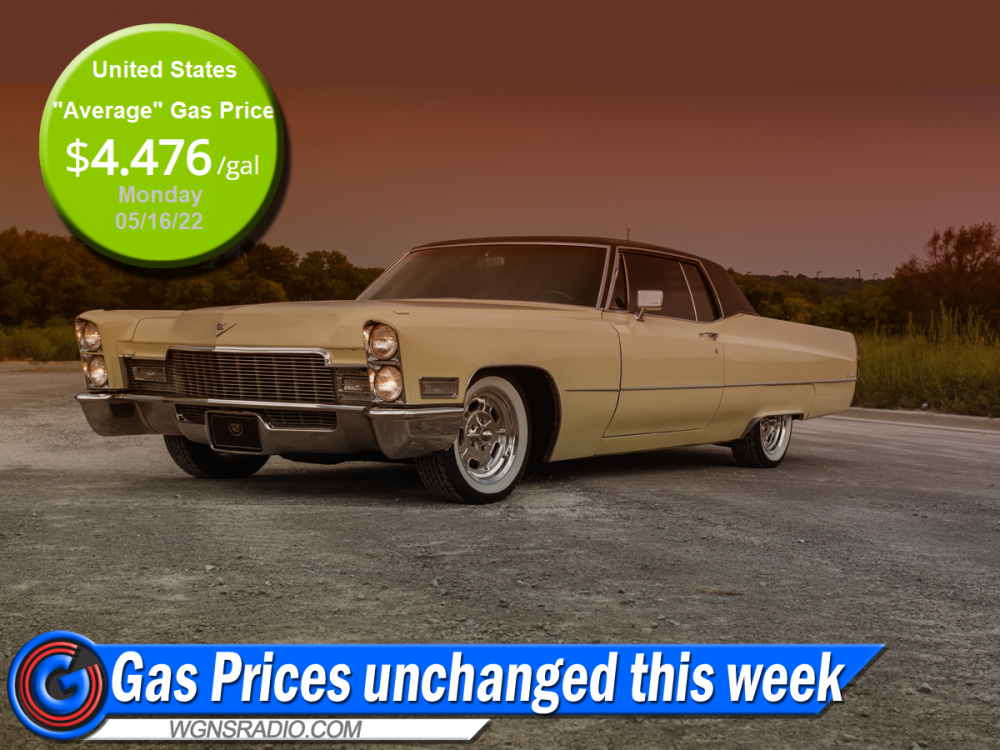 The national average price of gasoline is unchanged  in the last week, averaging $4.46/g today. The national average is up 39.1 cents per gallon from a month ago and stands $1.43/g higher than a year ago, according to GasBuddy data compiled from more than 11 million weekly price reports covering over 150,000 gas stations across the country.

“Those filling their tanks last week saw another jolt at the pump, as both gasoline and diesel prices continued their multi-week rally," said Patrick De Haan, head of petroleum analysis at GasBuddy. "New records continued to be set on a near daily basis as the national average edges even closer to $4.50 per gallon. Prices later this week could be closer to $5 per gallon than $4, as demand continues to edge higher and inventories of both gasoline and diesel continue to decline, temperatures warm and motorists get back outside and we near the Memorial Day weekend, the start of the summer driving season. While the increases may start to slow in the days ahead as pump prices catch up to oil, there isn't much reason to be optimistic that we'll see a plunge any time soon."

SOURCE: GasBuddy is the authoritative voice for gas prices and the only source for station-level data spanning nearly two decades. Unlike AAA's once daily survey and the Lundberg Survey, updated once every two weeks based on a small fraction of U.S. gasoline stations, GasBuddy's survey updates 288 times every day from the most diverse list of sources covering nearly 150,000 stations nationwide, the most comprehensive and up-to-date in the country. GasBuddy data is accessible at http://prices.GasBuddy.com.