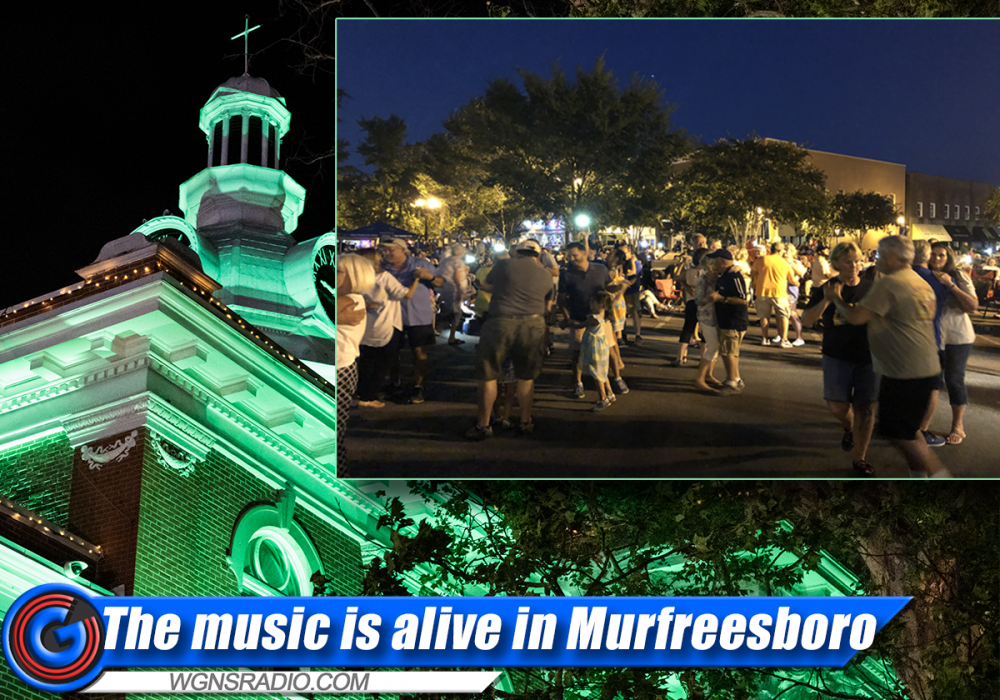 Music is a big part of Tennessee and while a lot of the musical groups were born in Nashville, their songs flow into the surrounding areas. Murfreesboro and Rutherford County continue to play a role in our musical heritage and the arts are loved by the young and old.

Continuing a long-time summer tradition, the Friday Night LIVE Concert Series will kick off the season on the Historic Rutherford County Square in less than 2-weeks. June 3rd will be the first night for the FREE summer concert series. Sarah Callander with Main Street Murfreesboro said the first band to play will be…Concerts will continue monthly throughout the heat of summer… Learn more about the upcoming performances at MainStreetMurfreesboro.org.
ADVERTISEMENT

Also in musical news, it’s the 8th season for the Dewdrop Jamboree. A variety of artist will perform at the Patterson Park Community Center in Murfreesboro on Saturday, May 28th. Organizer Larry Martin told WGNS NEWS…Admission to the Dewdrop Jamboree is only $10 for adults and $5 for children.

The Dewdrop Jamboree is part of the American Musical Artist Group, which was formed to help preserve, promote and showcase the many American styles and genres of music.