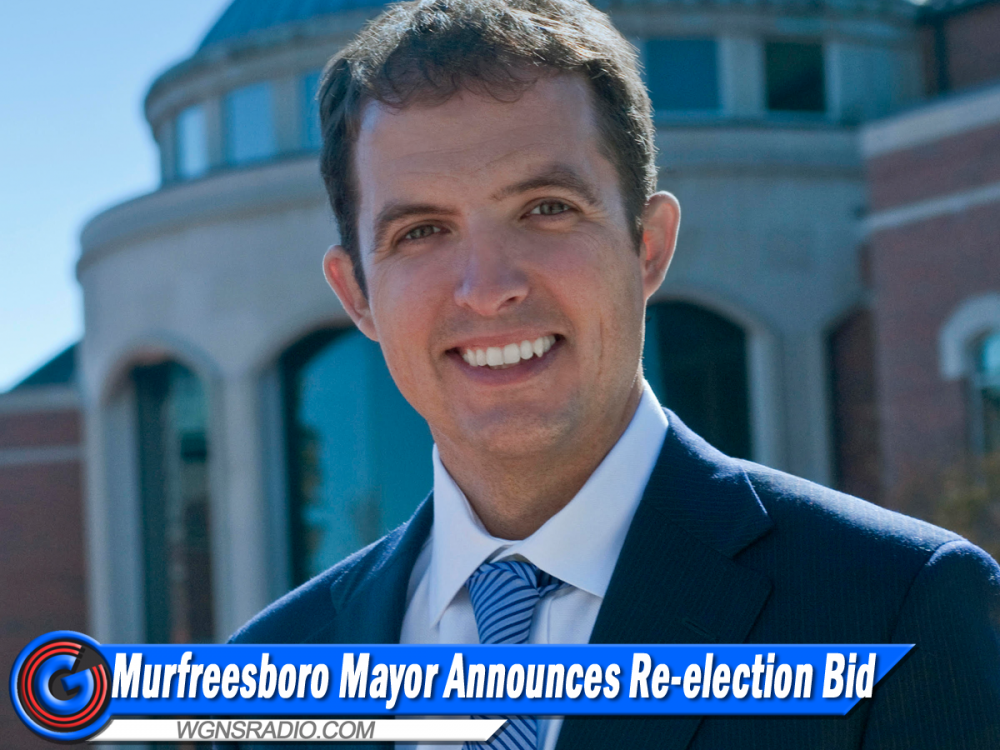 MURFREESBORO – Murfreesboro Mayor Shane McFarland announced he will run for re-election to continue progress on the priorities he cited in his initial bid eight years ago - economic development and growth that is good for all residents and building an even better quality of life.

“One of my main goals continues to be to make Murfreesboro a great place, not only to work and raise a family, but also to retire, McFarland said. “There are several outstanding projects that I am committed to that will increase our quality of life, such as West Park, a new 150-acre park on Veterans Parkway that I don’t want to leave unfinished and to which I can lend institutional knowledge and experience.”
ADVERTISEMENT

McFarland has worked with City department heads and staff; City Council; federal, state, and local officials; the Chamber of Commerce; and residents to:

“When people look for a city that is well managed, they look at Murfreesboro. We’ve kept politics out and worked for what is best for residents and the community. Our tax rate is one of the lowest in comparable cities in the country, and Murfreesboro ranked as the top city in the country last year, based on low unemployment, household income, home appreciation, low crime, and being a good place to live,” said McFarland, a member of the Middle Tennessee Mayor Caucus.

McFarland previously served as a Murfreesboro City Council member for two terms and is a former member of the Parks and Recreation, Cultural Arts, Planning, Pension, and Golf commissions. He is a past Discovery Center and Special Kids board member and Noon Rotary secretary. McFarland is a founding board member and past treasurer of the Murfreesboro Half Marathon and past president of the Linebaugh Library Foundation Board.

McFarland received a Bachelor of Business Administration with a major in accounting from Middle Tennessee State University. He began Shane McFarland Construction in 2008 and is past vice chair of the Master Custom Builders Council. “I know about making payroll and the struggles of small businesses. I had to be fiscally responsible and conservative, doing more with less – principles I’ve applied to serving on city council and as mayor,” he said.

McFarland, his wife Ashley, and their three boys reside in Murfreesboro and attend World Outreach Church.

The Murfreesboro City Municipal Election is Aug. 4, with early voting July 15-30. Last day to register to vote in the election is July 5.
- Above was submitted by Mayor McFarland Campaign