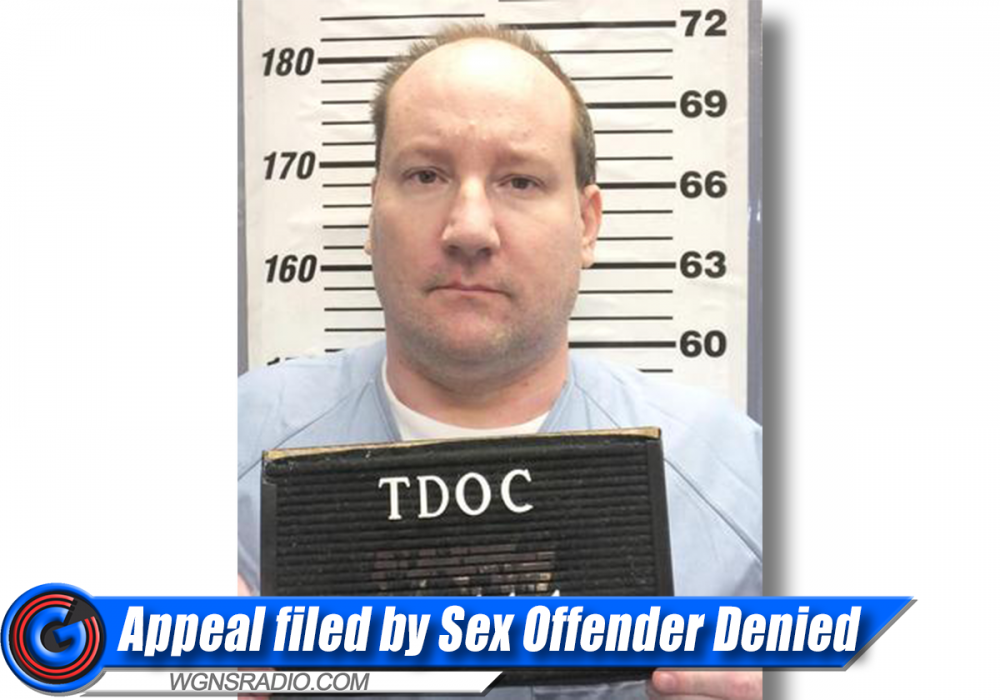 Authorities reported the victim in the investigation was only 12-years-old when the sexual abuse started, according to court documents. At that time, Harris would have been at least 40-years of age. Furthermore, court records showed the victim was a family member of Harris.

ADVERTISEMENT
In August of 2017, Harris plead guilty to three counts of especially aggravated sexual exploitation of a minor. He was then sentenced to ten years on each count for an effective term of thirty years. Harris was also indicted for nine sexually related felony offenses in Wilson County, which were ultimately resolved in the same negotiated plea agreement with his plea to one count of rape of a child in exchange for a sentence of twenty-five years concurrent with his Rutherford County sentence.

Harris previously filed an appeal with the Court of Criminal Appeals of Tennessee, which was denied in 2021. When the Tennessee Supreme Court received an appeal, they too denied the case from moving forward and agreed with the conviction that was executed by the Circuit Court of Rutherford County.

Harris, a convicted sex offender, will remain behind bars until the end of his sentence on February 20, 2045. At that point, Harris will be 5-days shy of 74. The Supreme Court denied the appeal filed by Harris this past week on May 18th.