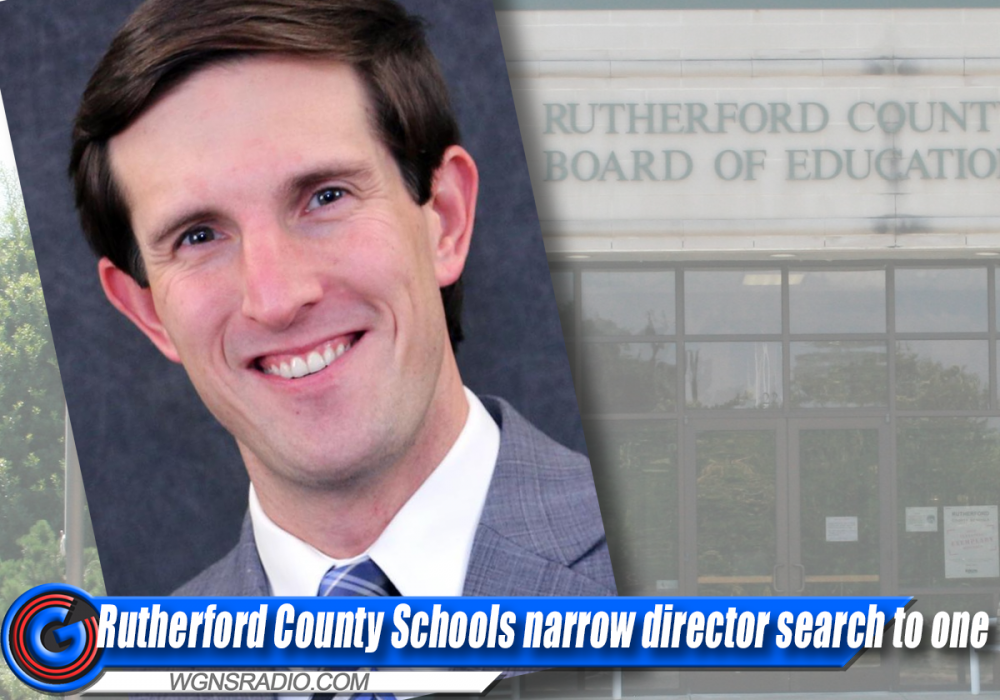 Dr. James Sullivan will be the next Director of Schools for Rutherford County pending final contract negotiations, after a 5-2 vote by the School Board at a special-called meeting Monday. Jeffrey L. Reed, attorney for the Rutherford County Schools, counted the votes and then announced the outcome during the board of education meeting on Monday…

“I am humbled and honored by the opportunity to serve Rutherford County Schools in this next capacity,” Dr. Sullivan said. “We have a strong platform in Rutherford County but we have much to do to bring consistency, transparency and increased outcomes for all.”

Making it official, board member Coy Young filed the motion to enter into an agreement with Dr. Sullivan...Board members then approved the motion, with two voting no...The Board has announced a special-called meeting on Friday, May 27, at 8 a.m. to finalize and vote on a contract with Dr. Sullivan, who currently serves as the Assistant Superintendent for Curriculum and Instruction. The meeting will be open to the public and livestreamed on YouTube.

In March, current Director Schools Bill Spurlock and the Board reached an agreement to shorten his contract by one year to end in June 2022 instead of June 2023.

The Board then voted on criteria for the next director and hired the Tennessee School Boards Association to advertise the position and screen candidates. Out of the seven candidates who applied, TSBA recommended three to be interviewed by the Board.

In addition to Dr. Sullivan, the other two candidates were Dr. Andrea Anthony and Dr. John Ash. Dr. Anthony currently serves as the assistant superintendent for Human Resources and Student Services, while Dr. Ash is the principal of Central Magnet School.

The Board interviewed all three candidates during a full-day session last week. The interviews lasted approximately two hours per candidate and each were asked the same 21 questions.

Prior to his role as an assistant superintendent, Sullivan was the founding principal of Rocky Fork Middle School, and he previously served as the principal of Harris Middle School in Bedford County. He also taught science and math at Blackman Middle, where he also served as varsity boys basketball coach from 2007-2011.