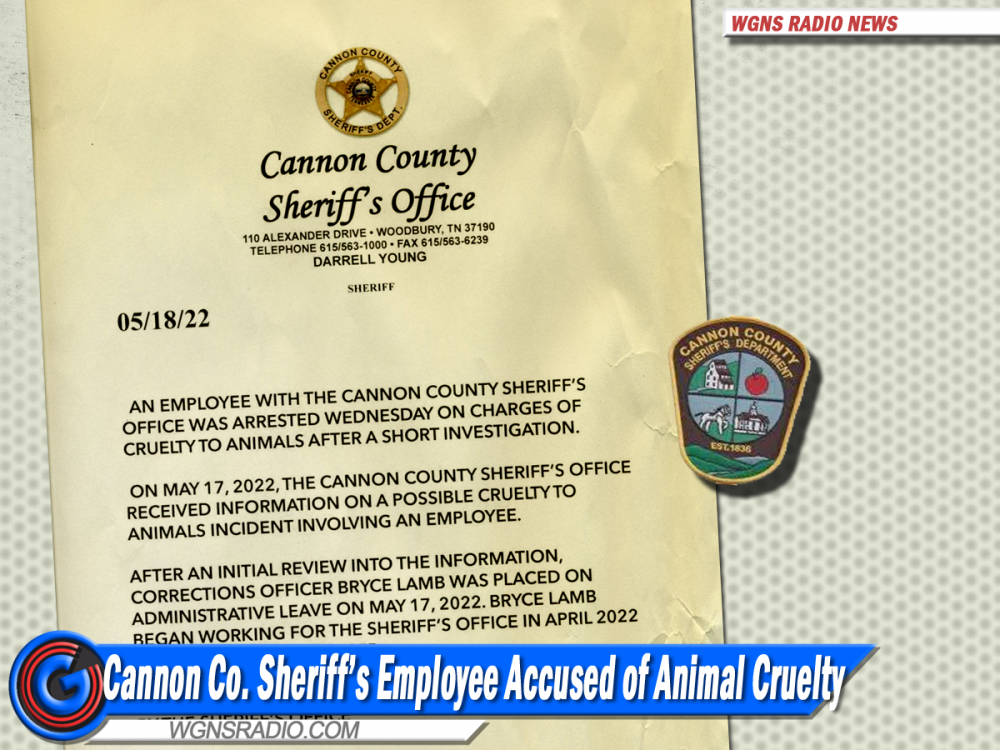 According to the Cannon County Sheriff’s Office, they received information on animal cruelty allegations involving one of their employees on May 17th. After the information was reviewed by the department, corrections officer Bryce Lamb was placed on administrative leave. Lamb, a new employee at the jail in Cannon County, had only been on the job for a month and a half. Sheriff Darrell Young released in a statement, “Effective May 18, 2022, Lamb is no longer employed by the Sheriff’s Office.”