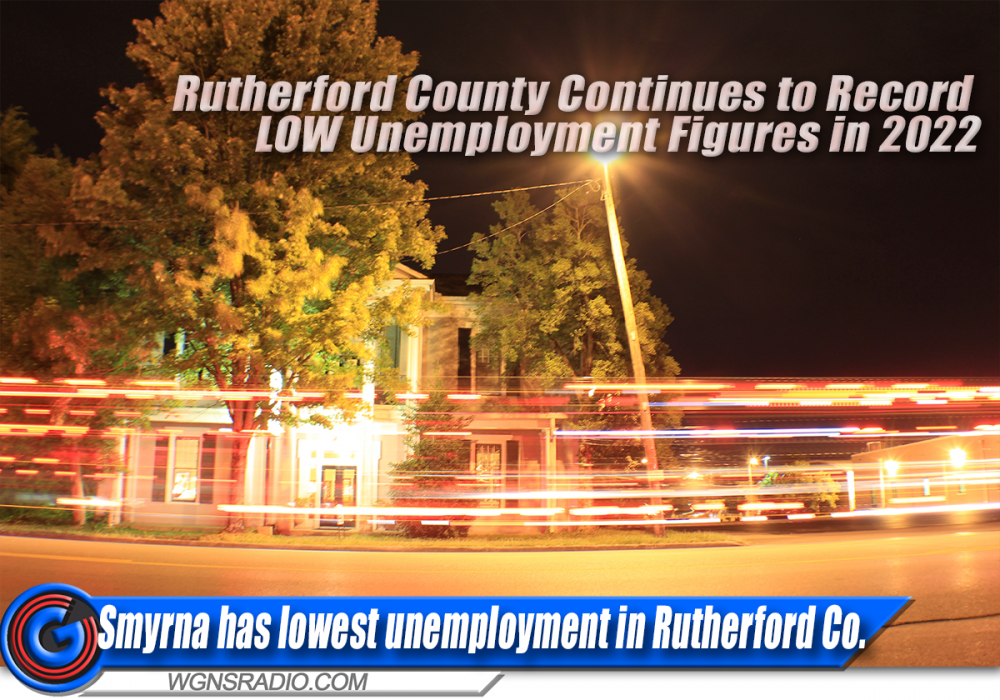 RUTHERFORD COUNTY, Tenn. – Newly released data from the Department of Labor and Workforce Development showed nearly every county in Tennessee had unemployment rates below 5% in April. Perry County was the only county with a rate above 5% and its April number came in at 5.1%.

Rutherford County fell to number 7 on the list of the Top Ten Counties with the lowest unemployment figures in Tennessee, tying with Cheatham, Knox, Robertson and Hickman Counties.

More on April 2022 Unemployment in Tennessee
Unemployment rates decreased in 12 Tennessee counties in April. Sixty counties did experience slight increases in their rates for the month, while jobless numbers remained unchanged in 23 counties.

Across Tennessee, unemployment remained at a historic low in April. March’s record-breaking rate of 3.2% bested the previous record of 3.3% and held steady into April.

The national unemployment rate also remained unchanged in April at 3.6%. One year ago, the national rate came in at 6%.

A report containing a complete analysis of the state’s April 2022 county unemployment data is available here.

The state provides a wide range of free services that can help Tennesseans searching for work find good, meaningful employment. Job seekers can start their journey back into the workforce at www.TNWorkReady.com.

Unemployment in Years Past for Rutherford County