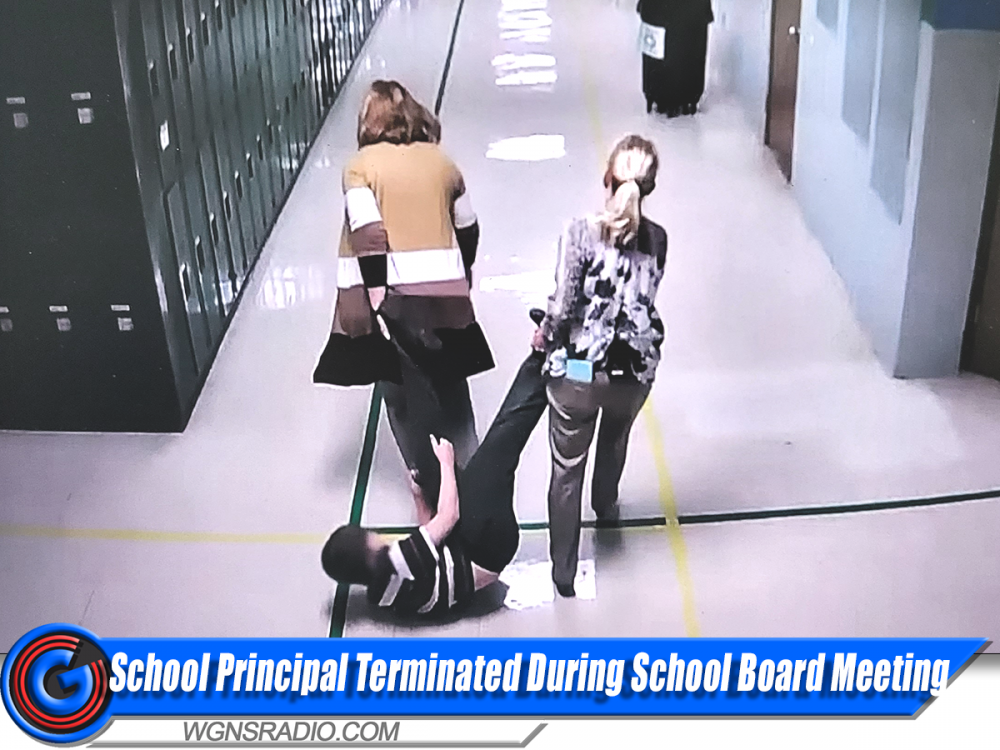 Above: One of the photos displayed before the school board on 05/26/22

(Rutherford County, Tenn.) - The current Rutherford County Director of Schools has moved forward with the dismissal of a long-time educator and principal after an allegation of child abuse arose from an incident involving an alleged troubled and special needs student on November 4, 2019 (Hear the full 9-min news story above).

In front of the school board on Thursday, May 26th, School Director Bill Spurlock read aloud a letter that he wrote to tenured Walter Hill Elementary School Principal Helen Campbell. In that letter, Spurlock stated… Scott Kimberly, attorney for Helen Campbell said…

At the Thursday school board meeting, Special Education Coordinator Kate Kasuboski told board members about the schools “Safe Relocation Policy…” Kasuboski has been the Special Education Coordinator since 2018, according to an announcement made by Bill Spurlock 5-months after he was named the director of schools. Campbell’s attorney said… In regards to Campbell physically moving the child from the front office to a more isolated area in the rear of the building, Kasuboski told board members… The segments of video footage that were shared with the school board on Thursday did not include any audio, so board members could not hear what the child was saying, nor could they hear what Campbell told the child. Campbell and her attorney were not allowed to talk at Thursday’s board meeting.

Campbell’s attorney Scott Kimberly asked… County School Board Member Tammy Sharp spoke out about the allegations at Thursday’s meeting… Board Chair Tiffany Johnson noted that Campbell would have the opportunity to appeal her dismissal in the future. Sharp then filed a motion that the accusations did not warrant Campbell being fired on Thursday… Claire Maxwell was the only other board member to agree with Sharp, therefore the motion failed. Campbell’s attorney told WGNS on Friday (05/27/22)…

The attorney for Campbell said that prior to the events that unfolded on November 4, 2019, his client was in a disagreement with Spurlock because of proposed school zone changes… Mr. Kimberly explained how the allegations were investigated… David Crim was hired as the school safety director in January of 2019 and Campbell’s attorney told WGNS he no longer works for the schools. Campbell’s attorney explained what happened in court… During the May 27, 2022 School Board meeting, Helen Campbell was told that she would be terminated as a tenured teacher, with her effective termination being the date that she was suspended without pay on November 8, 2019. .

Scroll down to watch the school board meeting that was held on Thursday (05/27/22).