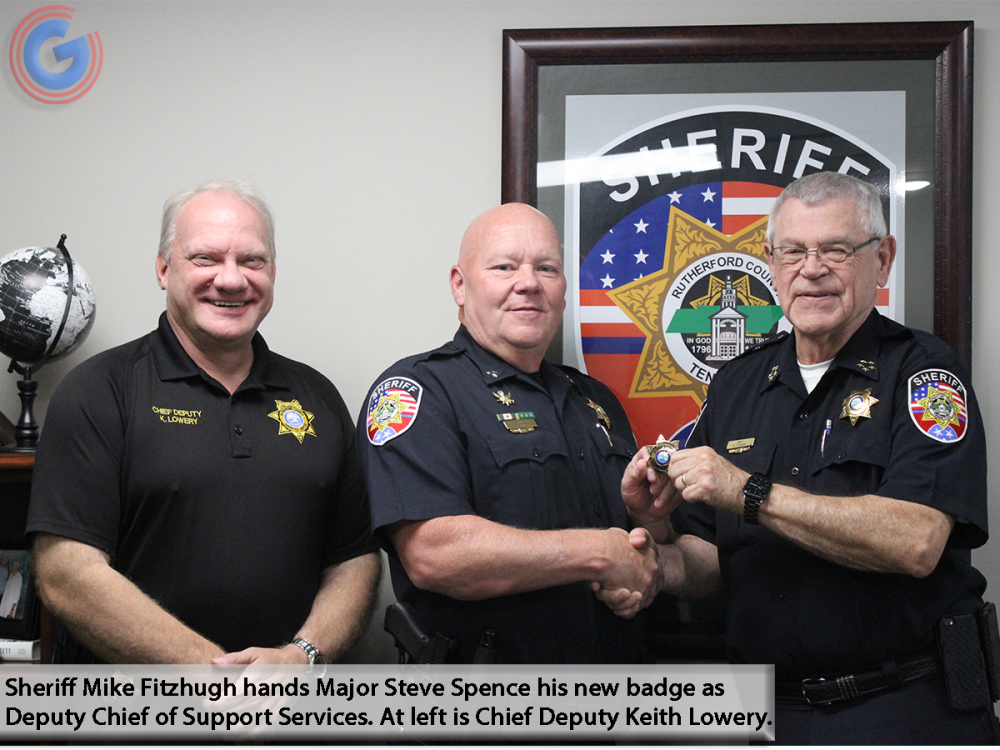 Spence will work with Fitzhugh in preparing the Sheriff’s Office budget. He will supervise human resources and accounts payable. He will also oversee Support Services of warrants and records, maintenance, vehicle maintenance, training, community services and evidence.

“I am pleased to appoint Chief Spence to handle support services,” Fitzhugh said. “He brings a great deal of experience to the position and understands the Sheriff’s Office operations.”

Spence joined the Sheriff’s Office in July 1987 as a detention deputy. He was promoted to the Patrol Division two years later. He served in the training division and took responsibility for ordering equipment and uniforms.

He was promoted to patrol captain in 2014 and promoted to major over law enforcement divisions in 2017.

“I appreciate Sheriff Fitzhugh having faith and trust in me,” Spence said.

“I enjoy working the County Commission, the Mayor’s office and the Finance Department,” Spence said.