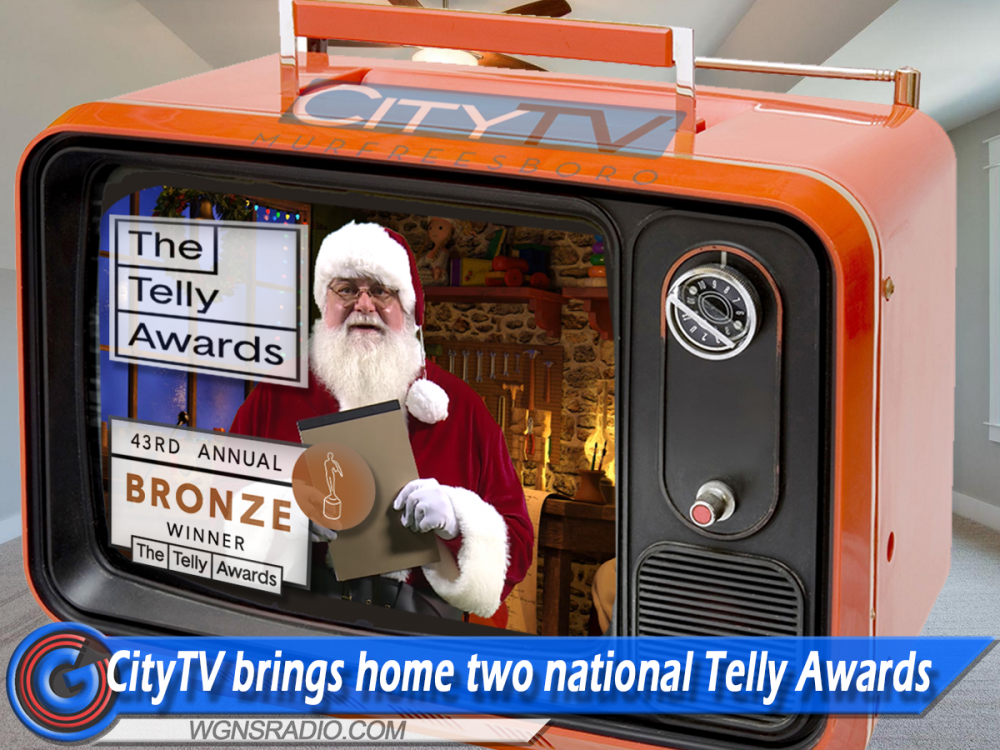 MURFREESBORO, Tenn. – The 43rd Annual Telly Awards, the premier award honoring video and television across all screens, has recognized CityTV, Murfreesboro’s government and educational station, with two Bronze Telly Awards. The national awards were announced May 24, 2022, and officially received this month.

View all winners of the 43rd Annual Telly Awards at www.tellyawards/winners.com. The Telly Awards honors excellence in video and television is judged by leaders from video platforms, television, streaming networks, and production companies.

“We are honored to again receive the recognition for video production and storytelling from the Telly Awards,” said City Communications Director Alan Bozeman. “Congratulations to John Padgett, Lisa Trail, Tori Carr and Michael Nevills for being honored for their work to promote education and our community Christmas celebration creatively and skillfully. It is a tribute to their vision and talent as communicators.”

“We are excited to announce these awards,” said Sabrina Dridje, Executive Director of the Telly Awards. “As our community continues the important work of storytelling, it returns with a new perspective rooted in values of innovation, agility, equity, and tenacious creativity—and we are thrilled to recognize you as among the very best!”

About The Telly Awards: The Telly Awards is the premier award honoring video and television across all screens. Established in 1979, The Telly Awards receives over 12,000 entries from all 50 states and 5 continents. Entrants are judged by The Telly Awards Judging Council—an industry body of over 200 leading experts including advertising agencies, production companies, and major television networks, reflective of the multiscreen industry.

View some of the Video Productions by CityTV in Murfreesboro: The award-winning video productions can be viewed on YouTube at https://youtu.be/QYCUJ5h8HpA  “Celebrate Christmas Downtown Virtual Tree Lighting.”