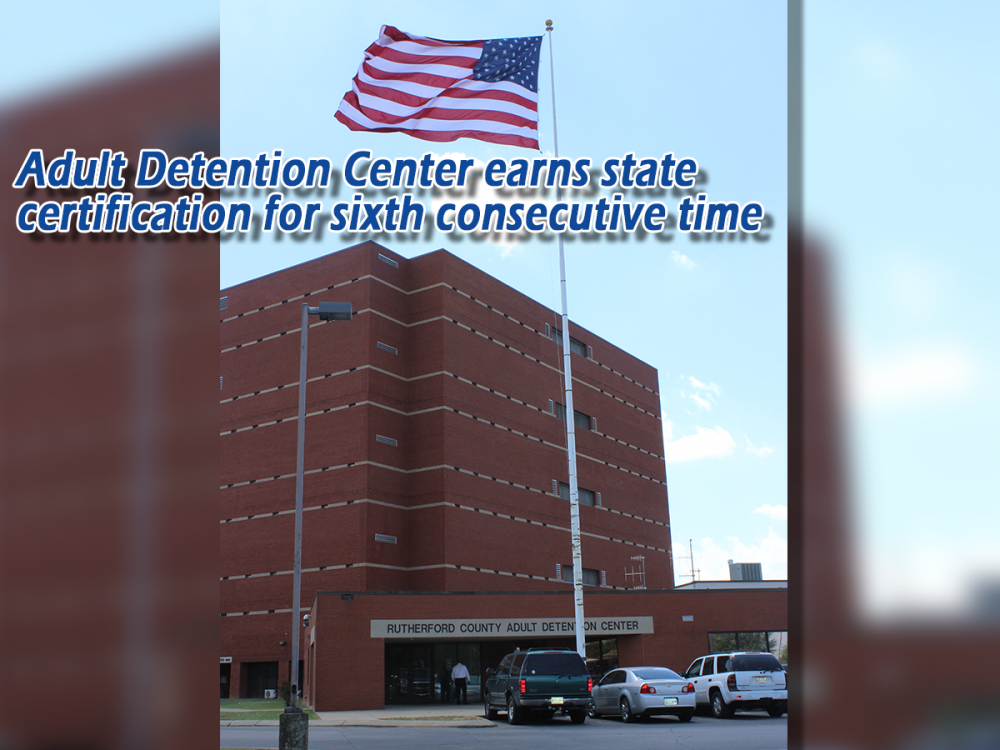 The Rutherford County Adult Detention Center earned state certification for the sixth time in six years by the Tennessee Corrections Institute (TCI), Sheriff Mike Fitzhugh said Monday. The facility is under the Sheriff's Office and is located on Highway 99 in Murfreesboro.

Fitzhugh congratulated the detention deputies. “This was accomplished by your hard work, dedication and pride in a job well done each and every day,” Fitzhugh said.

The accreditation didn't come easy for the current sheriff. Six years ago, the county was in the midst of selecting an interim sheriff to serve Rutherford County, after former Sheriff Robert Arnold was forced to make a quick departure when he was suspended from his duties by court order. After Arnold's suspension in November of 2016, the Adult Detention Center was de-certified the following month by the Tennessee Corrections Institute.

In early 2017, Mike Fitzhugh was named the interim Sheriff of Rutherford County as the former sheriff plead guilty to wire fraud, honest services fraud and extortion, ultimately accepting a 50-month prison sentence. In January of 2017, Interim Sheriff Fitzhugh told WGNS NEWS... Soon after turning around the jail to meet certification guidelines, Fitzhugh ran for Sheriff in order to hold the seat he was originally appointed for.