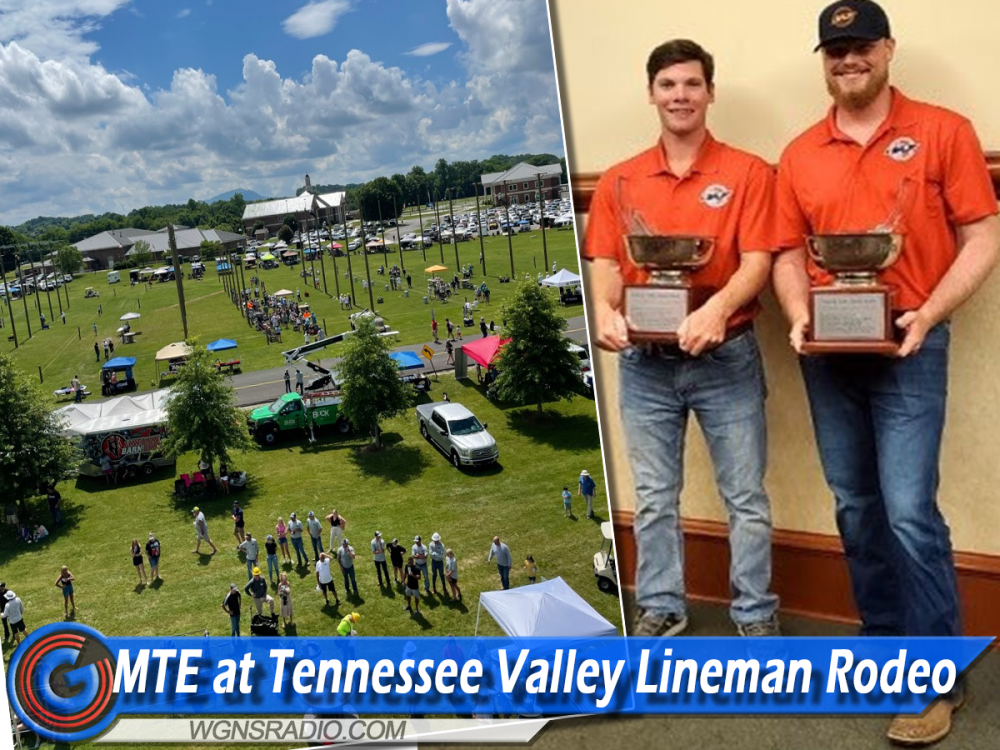 Middle Tennessee Electric’s Lineman Rodeo team will be bringing home a trailer full of awards following its performance at the annual Tennessee Valley Lineman’s Rodeo in Sevierville this weekend.

ADVERTISEMENT
Highlighting the 24 awards earned by MTE, were first place overall titles by Logan Barber in the Journeyman Lineman division and Nolan Farris in the Apprentice Lineman division.

“Logan’s and Nolan’s wins were very special, but I’m so proud of all 16 of our linemen who competed,” CEO Chris Jones said. “They all worked hard to prepare, became closer as teammates, and came here and competed. They represented MTE and our members in an exceptional way.”

MTEMC was represented in the overall placements for all four competition categories:

A number of individual event exercises comprised each overall division competition. Here are the placements by MTE team members in those event exercises:

Held annually since 1998, the Tennessee Valley Lineman Rodeo is a competition inviting the best of the best among the Valley’s 153 local power companies to test their skills against their peers.

“This was yet another great showing at the rodeo for our guys,” Jones said, “and each team member was cheering his teammates on both in the competition and the awards ceremony. That makes me especially proud of team members Mike Diggs, Michael Farless, Clint Newman and Matt Patrick for competing, being great teammates and representing MTE well. I also want to express appreciation to Keith Davenport for his coordination and leadership for our rodeo team, and Brian Hughes for his support during the event.”