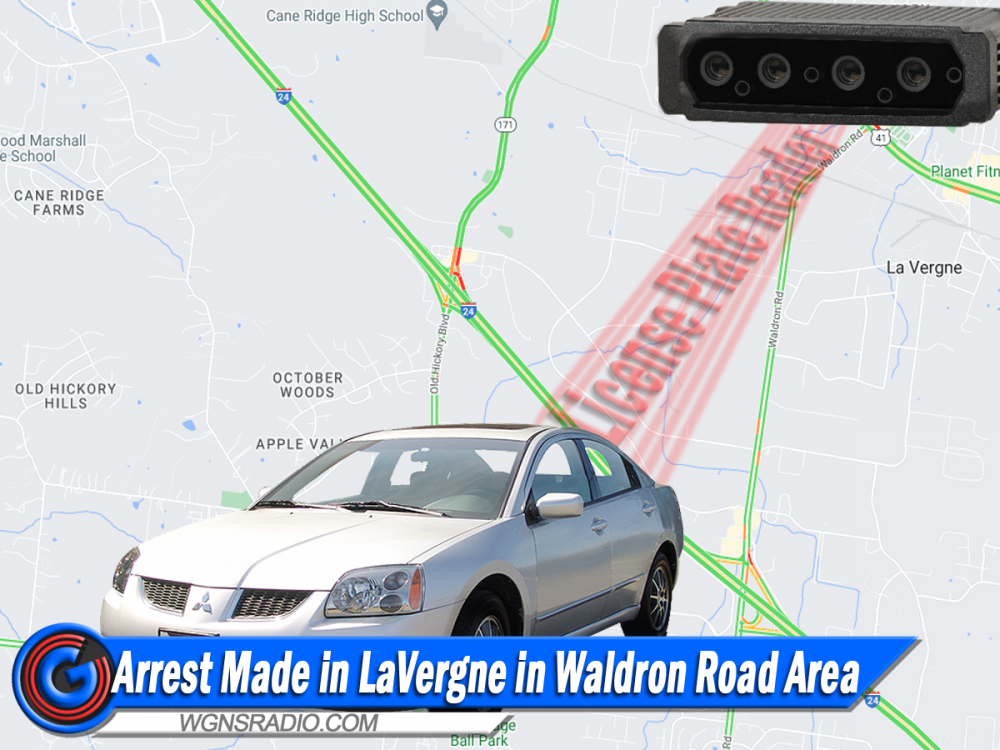 (La Vergne, Tenn.) Another arrest has been made in Rutherford County, thanks to the handy electronic work of a specialized license plate reader. The arrest of two adults, following a foot pursuit, took place after La Vergne Police Officers received an alert from the City’s license plate reader.

The LPR system known as Blue Sentinel, alerted officers to a stolen 2004 Mitsubishi Galant entering the La Vergne city limits on Monday, June 13 around 2:00 p.m. A K9 patrol spotted the vehicle and followed it to a gas station on Waldron Road. Police reported the driver fled on foot and into a tree line behind the station, while the three other occupants were detained. K9 Bora and her handler Officer Larry Holliday were able to track down the driver a short time later and take him into custody. Inside the vehicle, officers found a handgun and narcotics.

La Vergne authorities told WGNS NEWS the driver, identified as 20-year-old Tyquan Hill, was wanted for several warrants, including theft, evading, and probation violation. He was charged with evading police, vehicle theft, felony possession of marijuana, contributing to the delinquency of a minor (x2), and the existing warrants. The other adult, identified as 19-year-old Vijay Gurung, was charged with drug and firearm possession. Two juveniles in the vehicle were cited and released to their parents.