Currently, Tennessee is the 7th least expensive market in the nation for GAS 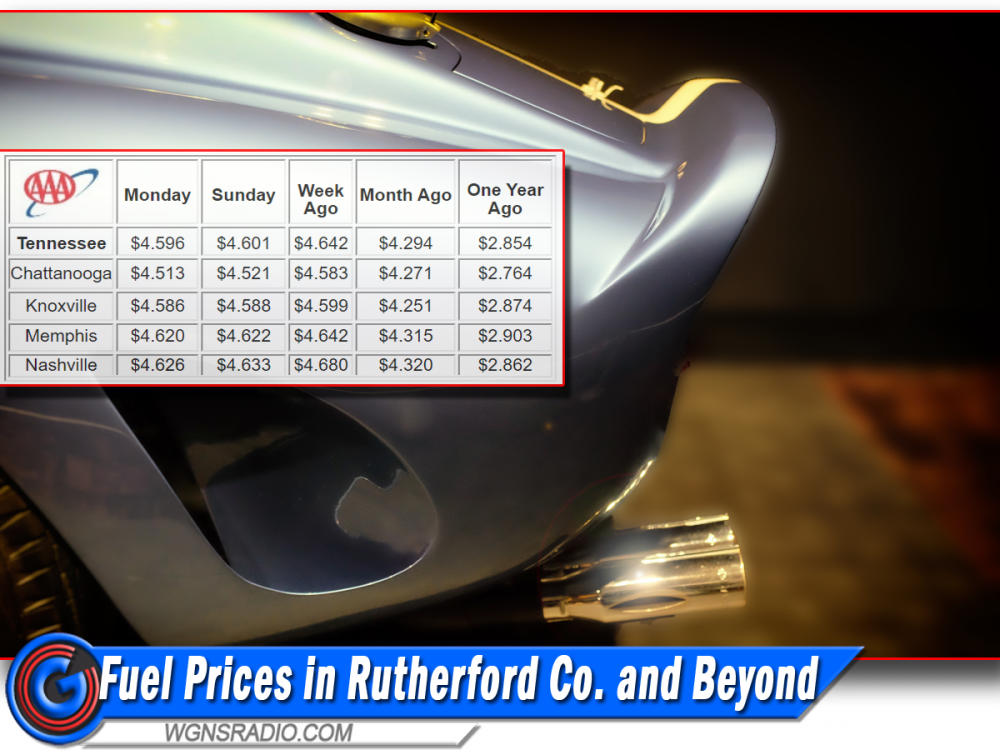 (Rutherford County, TN) - According to AAA, the Auto Club Group, Gas prices across Tennessee are trending lower this week after a run of record-setting prices at the pump. The Tennessee Gas Price average is now $4.59 which is 30 cents more expensive than one month ago and $1.74 more than one year ago.

Since last Monday, the national average for a gallon of regular gasoline has decreased by three cents to $4.98. According to new data from the Energy Information Administration (EIA), total domestic gasoline stocks fell by 700,000 bbl to 217.5 million bbl last week. Meanwhile, gasoline demand declined slightly from 9.2 million b/d to 9.09 million b/d. The slight drop in gas demand has helped to limit pump price increases. However, as crude oil prices remain volatile, the price per gallon for gasoline will likely remain elevated.

At the close of Friday’s formal trading session, WTI decreased by $11 to settle at $109.56. Crude prices dropped at the end of last week amid broad market concern regarding the potential for economic growth to slow after the U.S. Federal Reserve raised the interest rate by 0.75 percent. Slower than expected economic growth could cause crude demand to decline, leading prices to follow suit. Crude prices decreased after the EIA reported that total domestic stocks increased by 1.9 million bbl to 418.7 million bbl last week. As a result, the current storage level is approximately 10 percent lower than a year ago.

Drivers can find current gas prices along their route with the free AAA Mobile app for iPhone, iPad, and Android. The app can also map a route, find discounts, book a hotel, and access AAA roadside assistance. Learn more at AAA.com/mobile.