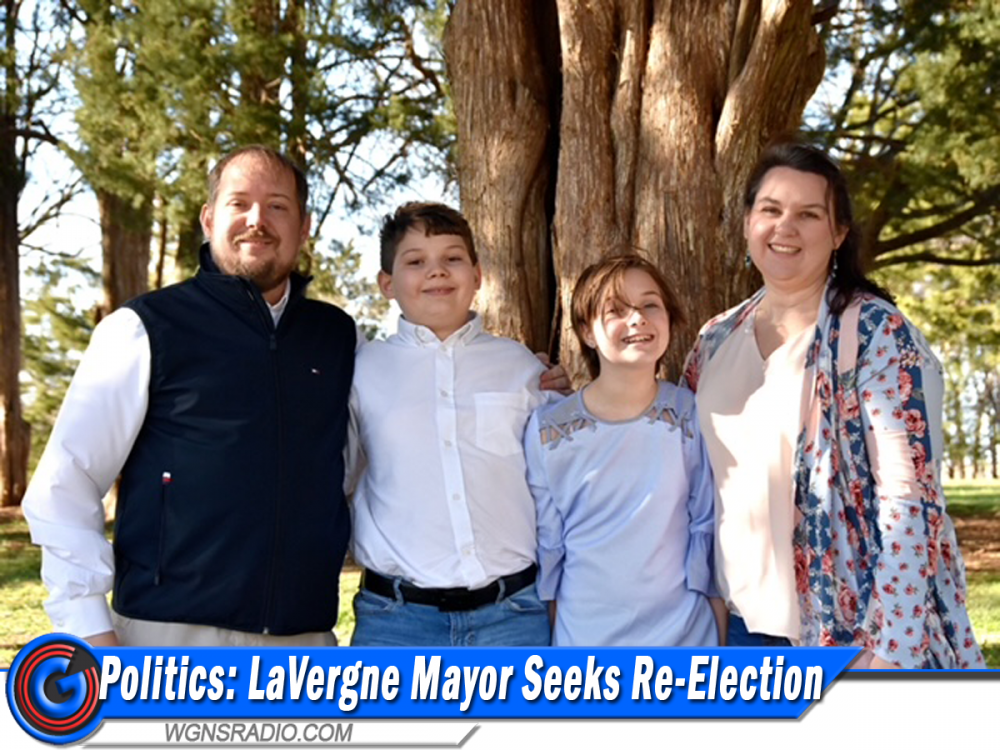 Political Release: Jason Cole has announced that he will seek re-election to the office of mayor for the city of La Vergne in the upcoming Nov. 8 election.

Cole, who currently serves as Mayor, has been married to his wife Bridget for 17 years and together have two children, Desmond & Carly.   Jason attended Nashville State Technical College for Business Management before beginning a career in the healthcare field for the last 20 years.

Elected to the office of Mayor in 2018, Cole has made investments in public safety a major priority.  Whether its investments in new personnel, new emergency vehicles or new buildings, Cole is proud to say he stands in support of our men and women working to safeguard this community.

With the latest budget Cole not only submitted a balanced budget but one that also provided a tax cut to residents.  “It’s a hard time for everyone with inflation topping 8%.  Every little bit counts at home with our own budgets.  We felt we could include this tax cut while still moving the city forward.”

During his time as Mayor, Cole has been dedicated to quality development and recruiting new business to La Vergne.  “As Mayor I was glad to welcome in such businesses as Amazon, ICEE, Paper Chef, Quanta as well as assist with large expansions of Cardinal Health, Sims Recycling and Pool & Spa Depot.”, said Cole, “We’ve also announced the first BJ’s Wholesale in the state of Tennessee coming to La Vergne as well as Dairy Queen. La Vergne is set up for some amazing retail growth over the next year with the groundwork our team has developed.”

“I believe my forward-thinking abilities and servant leadership skills have been an asset to me as mayor,” Cole said. “We’ve come in and developed long term plans over the last four years for roads, parks, planning and city infrastructure to be able to keep up with the continued growth here in La Vergne"

Cole has been dedicated to getting the city back to modernizing processes and applying for grants on a regular basis.  Over the last four years La Vergne has been awarded over $2.5 million dollars for sidewalks, crosswalks, a new Dog Park (opening this fall), and numerous police and fire equipment.

Cole has completed over 100 credit hours with Municipal Technical Advisory Service Institute included Foundations of Leadership and Elected Officials Academy.  He was invited in late 2018 to the Local Leadership Institute through MTAS and the University of Tennessee.

“With so much accomplished already and still so much to do I’m asking for our citizens vote again so that together we can make La Vergne a better place for everyone!” said Cole

The above is a release from the Cole campaign. To learn more about Cole and his campaign, visit www.jasonbcole.com.