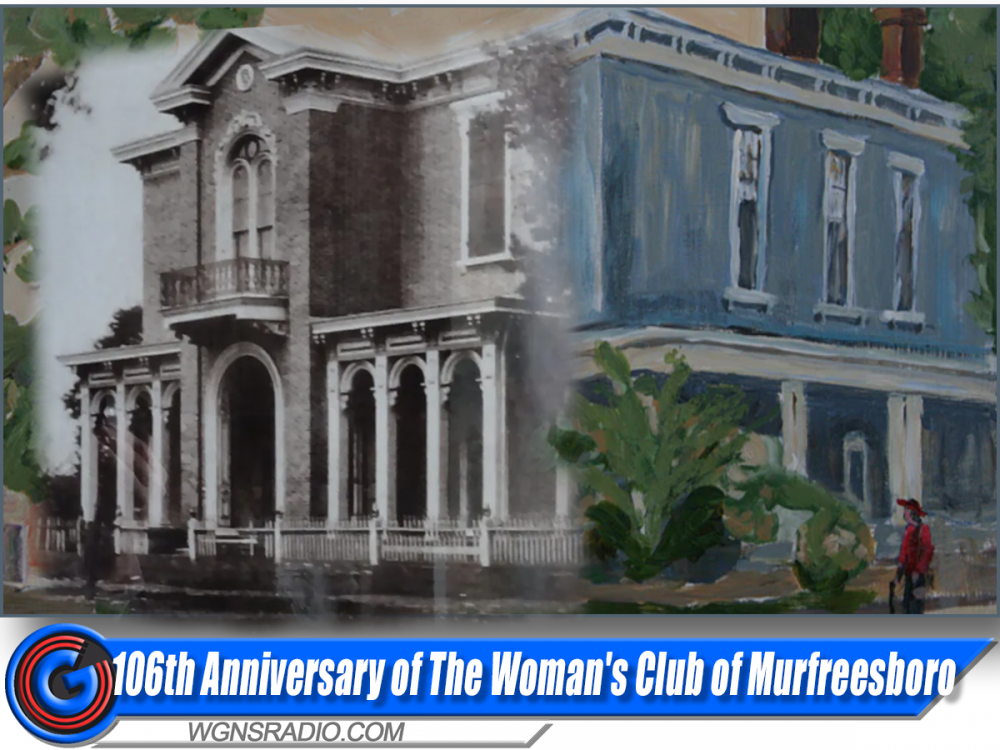 After officially becoming the home to the club, a group of their founding members organized and operated the first public lending library in Murfreesboro, which served the community until Linebaugh Library opened in 1948. Today, the Woman's Club preserves and maintains their historic collection of literature.

This year marks the 106th anniversary of the club, which will be celebrated at the 2022 Legacy Gathering on July 23, 2022, from 5:30 to 8:30 p.m. The fundraising event will celebrate the founding of The Woman's Club, its historic Library, their continued support of literacy programs... To reserve a seat or table at the Legacy Gathering, visit The Woman's Club online at “WomansClubMurfreesboro.org.” Click here for a direct link to purchase tickets online.

About their historic location: Confederate surgeon Robert Turner Baskette, and wife Helen Crichlow, built the stately Italianate style house in 1856. It remains one of the original downtown pre-Civil War homes that survived the ravages of the Civil War, and remained intact during the destructive downtown tornado of 1913. The house was purchased by The Woman's Club of Murfreesboro in 1916, from the estate of local hotelier James Monroe Haynes, becoming the fifth and current owner. The home is on the National Register of Historic Places.