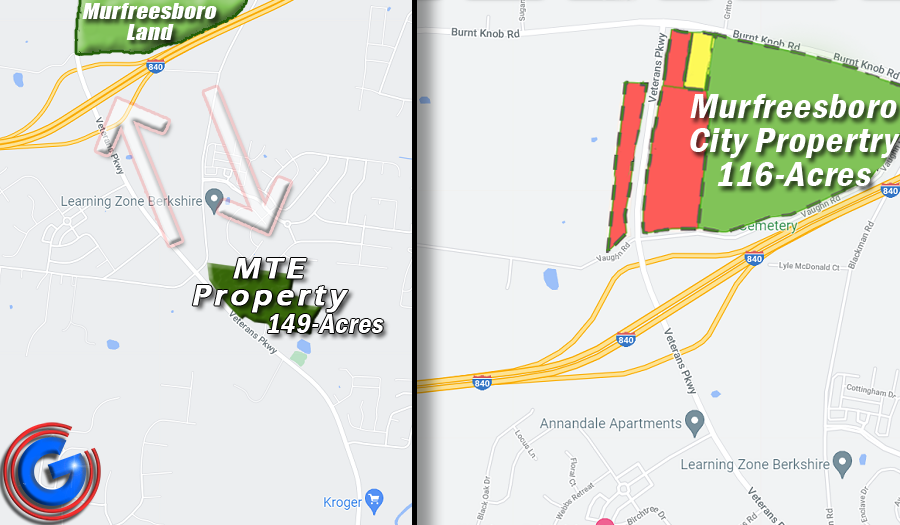 Middle Tennessee Electric and the City of Murfreesboro look to be moving forward with a proposed land exchange, allowing the utility provider to be closer to I-840. This will give Murfreesboro land, currently owned by Middle Tennessee Electric, in an area along Veterans Parkway that is more suitable for a park. City Manager Craig Tindall outlined the land to be traded… Nate Williams, Director of the Parks, said they are prepared to begin designing a new park on the land and suggested some of the amenities they hope to add… Again, Mayor Shane McFarland highlighted additional ball fields are not needed on the land.

The parcel of land currently owned by the City of Murfreesboro consists of 116-acres, while the MTE property is 149-acres in size. Mayor McFarland previously said the MTE land is large enough to include a new city park and a future city school.

Currently, the closing date for the land swap is set for December 30, 2022. However, that could be changed. Adam Tucker with the legal department for the City of Murfreesboro, explained the proposed closing date for the land swap could change to February of 2023 if rezoning requirements are not approved by the current closing date of December 30, 2022…Again, the trade will consist of the electric provider swapping their land on Veterans Parkway for the City of Murfreesboro’s land next to the I-840 / Veterans Parkway interchange.