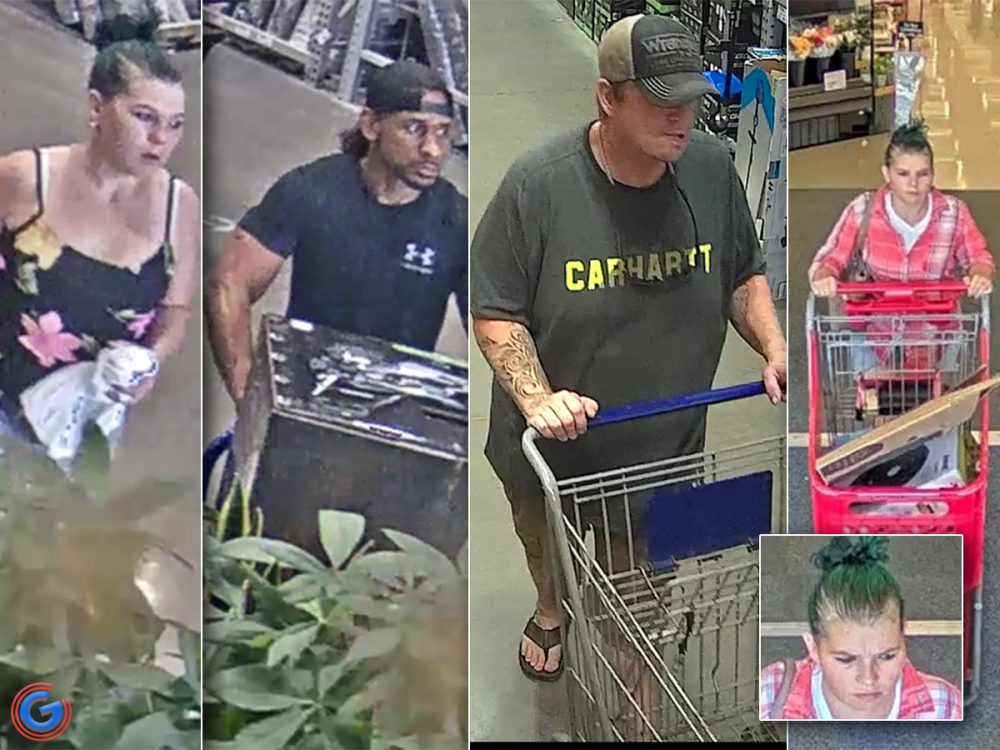 Photos from the MPD

The thefts were said to have occurred this past weekend and in one case, nearly $1,000 worth of lawn equipment was stolen from Lowe’s. On the same Saturday, July 16th, subjects entered the Target store next to Lowe's and allegedly stole Dyson and iRobot vacuums, worth $1,099.99.

Detectives would like to question the two men and the woman (seen in the photos above this story) to see if they had any involvement in the thefts. Authorities say that a white Dodge Ram 1500 pickup truck was used as the getaway vehicle in the two incidents. If you know these individuals, contact Detective Ed Gorham at 629-201-5507.