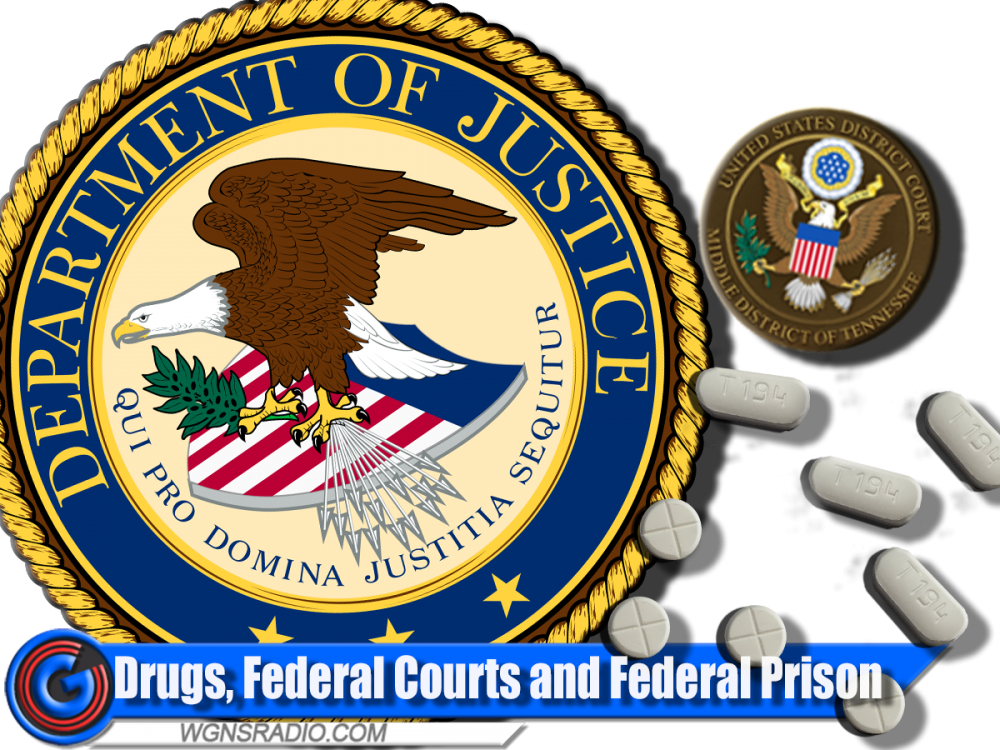 RUTHERFORD COUNTY, TENN. - Two Nashville men indicted in February of 2020 as part of a deadly heroin and fentanyl distribution network are headed to a federal prison to serve lengthy prison sentences, announced U.S. Attorney Mark H. Wildasin for the Middle District of Tennessee. Their case evidently had ties to Rutherford County and local law enforcement agencies had a hand in ensuring the two met justice, along with a third man who is from LaVergne.

26-year-old Marquel Peoples, aka Worm and 28-year-old Christopher Johnson have each made appearances in U.S. District Court to answer a 15-count indictment, which charged them with conspiracy to distribute and possession with intent to distribute heroin, fentanyl, and carfentanil, and various counts of possession with intent to distribute and distribution of heroin and fentanyl. Peoples and Johnson were also charged with being responsible for the distribution of more than 400 grams of fentanyl, and with possessing firearms in furtherance of drug crimes. The indictment also alleged that the fentanyl distributed by Peoples resulted in serious bodily injury to others and resulted in the death of one individual.

“The U.S. just recorded its highest number of overdose deaths on record, surpassing 100,000 in 2021,” said U.S. Attorney Wildasin. “The U.S. Attorney’s Office and our law enforcement partners will continue to vigorously pursue those who fuel this deadly epidemic by illegally distributing these deadly substances.”

According to documents filed with the Court, in the summer of 2019, law enforcement became aware of reports of blue-tinted drugs, which were causing overdoses in the middle Tennessee area. Through a series of investigative efforts, law enforcement acquired blue-tinted drugs from Peoples, Johnson, and Blaine Ellis, and subsequent testing determined that those drugs contained heroin and fentanyl. During one operation, Peoples claimed responsibility for the blue drugs, saying, “[I]f you got the blue stuff … [you] got it from us.” The investigation also linked a fatal overdose in March 2019 to the conspiracy.

32-Year-old Blaine Ellis of LaVergne, Tenn., was also charged in this case with possession with intent to distribute heroin and fentanyl. He pleaded guilty in June of 2021 and is scheduled to be sentenced this November.