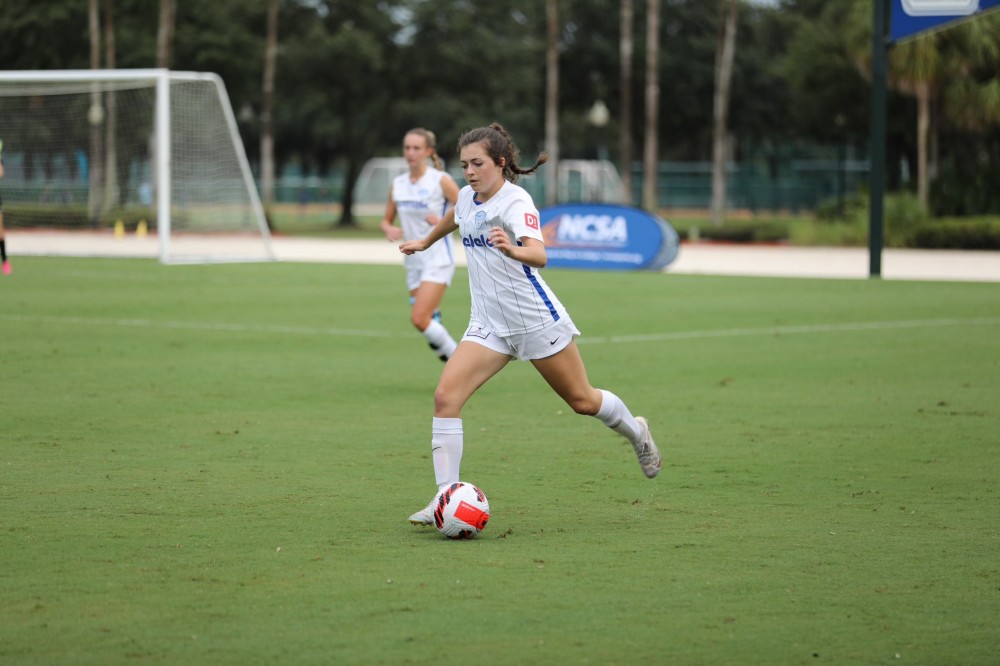 The Murfreesboro team finished on top of their group with two wins and a tie, thus earning a spot in the National Semifinal game on Saturday.  They will face Penn FC Youth 2004 Lightning at 10:30 am EDT for a chance to play for the National Championship on Sunday.

“We are incredibly proud of these girls and all they have accomplished thus far,” said Executive Director Stuart Brown.  “Everyone back home is rooting them on to win two more games and bring home the National Championship!”

The 2004 Murfreesboro team, coached by Enrique Suarez, won the Tennessee State Cup Championship at the beginning of June and performed well at the USYS Southern Regional Championships in late June, setting the stage for their run at the National Championships.  Both events were hosted in Murfreesboro, TN at the Richard Siegel Soccer Complex, one of the nation’s finest soccer facilities.

TSC is no stranger to success at this level, having previously crowned three national championship teams.

About Tennessee Soccer Club: Tennessee Soccer Club (TSC) is a 501(c)3 non-profit organization based in Williamson County and the surrounding Greater Nashville area. TSC's Mission is "to promote a love for soccer by developing excellence in the game for our players and coaches to positively impact our member families and communities.”