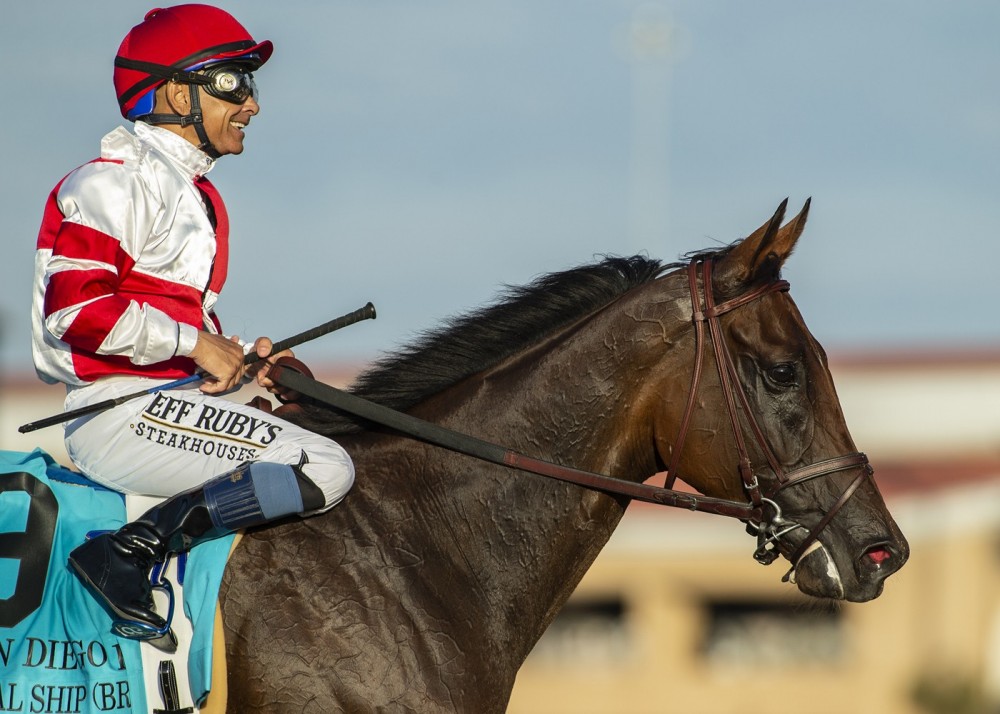 The magnificence that is the Del Mar meet provided another positive test result on the second Saturday of operation in 2022. Wait a minute…don’t get too excited in the wrongly manner. This is a positive-positive result.

The beauty of racing at the Seaside Oval is the high level of competition and the certain uncertainty of it all. Two big-time stakes races on July 30 proved exactly that prognosis.

First, we had the Bing Crosby Stakes. Named for the track’s founding father, this six-furlong dash over the Del Mar dirt is a “win and you’re in” race for the Breeders’ Cup Sprint. This event annually draws top talent and nine runners lined up for this one. As the runners broke it looked as if 8 to 5 favorite Shaaz might steal the show. Bolting up the rail he took a short lead heading into the far turn. We were quickly reminded of the talent depth in this grade 1 as a wall of horses came at the Bob Baffert trainee. Swinging five wide was a loaded American Theorem. Confidently ridden by Joe Bravo, this accomplished son of American Pharoah rolled right on by the rest. Gearing down late, the George Papapadromou-trained five-year-old won by a length and a half at odds of 7 to 1.

The second stakes race of the day would come to offer another positive Del Mar result. The San Diego Handicap has long been one of the early prizes on the season stakes schedule. Now used as a major prep for the Pacific Classic, this mile and a sixteenth run was part of the original stakes schedule that began back in 1937. Again nine talent-laden titans lined up for battle. Favored Country Grammer (2-1) was considered the class of these older horses, but at the top of the stretch we again found out this is in fact old Del Mar.

Deftly handled by jockey Mike Smith, Royal Ship navigated his way from the outside post to a pace-stalking position down the backstretch. Swinging wide on the far turn, the Brazilian-bred Ship sailed right to the front and never looked back. Docking a good 2 ¼ lengths in front at odds of 9 to 1, this Richard Mandella-trained six-year-old was easily the best on this day.

The stirring unpredictability of the Seaside Oval obviously makes for lots of excitement, but it also triggers nice returns for those investors that guess right. The 50-cent late pick 4 returned just over $1274 and the 50-cent pick three bookended by these two races paid $203.90. 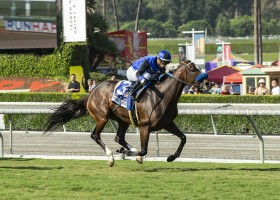