FUEL PRICE: Average Gas Price for Regular Unleaded in Rutherford County is Down to $3.19/gal and Diesel at $4.51/gal 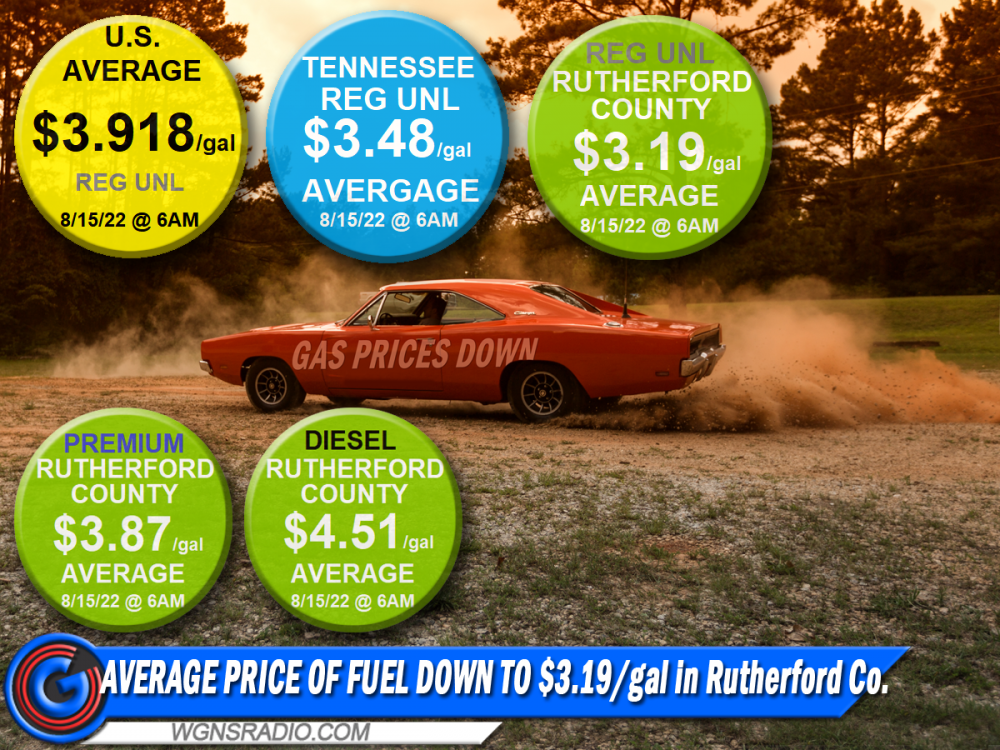 “For the ninth week straight, gas prices have continued to fall, but the streak is at great risk of being broken this week with wholesale gasoline prices having bounced back up some 40 cents per gallon as oil prices have rebounded," said Patrick De Haan, head of petroleum analysis at GasBuddy. "That means the decline in average prices could wrap up soon, with some price increases possible as early as this week, especially in areas of the Great Lakes. While the West Coast and some areas of the Rockies may see prices continue to drift lower, I do believe the national average could tick higher this week as the better than expected jobs report last week likely means less demand destruction than anticipated."