Drive Safe and Use Caution in School Zones Throughout Rutherford County 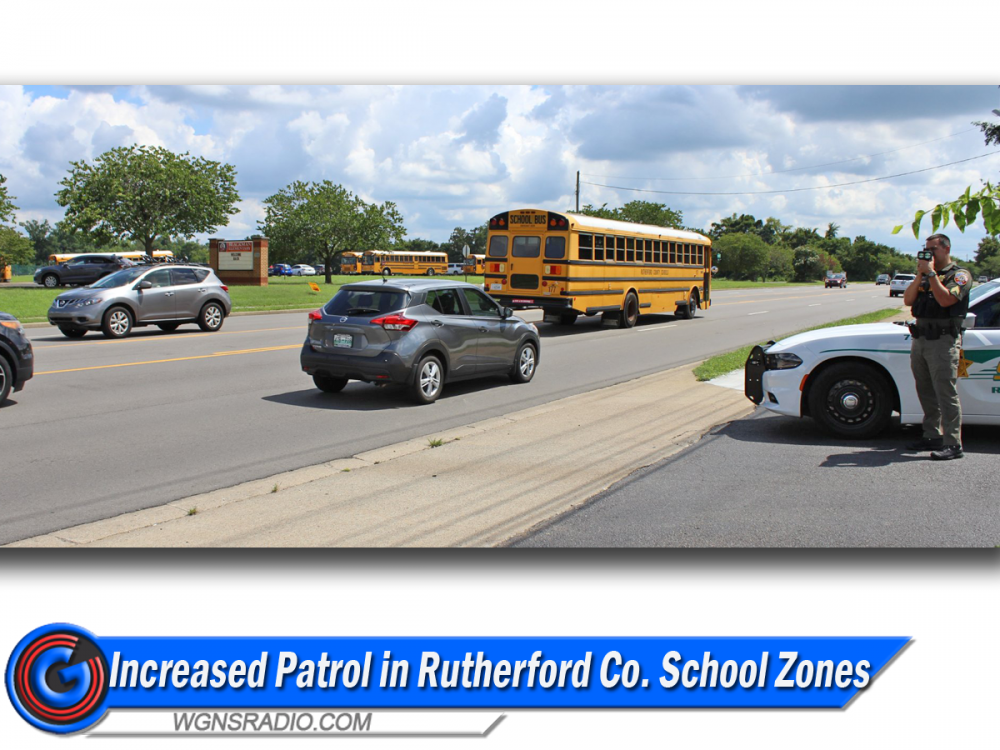 RUTHERFORD COUNTY, TN) Law enforcement have increased patrol around schools - - this news in after a child was stuck and killed by a vehicle on East Main Street directly, after the first day of school. The following week, two children were hit by a motorist at a crosswalk in the Blackman School Zone area. The two children that were struck this past Tuesday were not seriously injured.

Sheriff’s deputies stepped up patrol duty in all school zones during this past week, which was the first week of school. The increased patrol will continue this week in an effort to increase safety for students and drivers.

Drivers are reminded to be aware and alert, especially in a school zone. “Driving safely should be your only priority when in a school zone,” said Sgt. Michael Rogers. “Avoid distracted driving and the use of cell phones. Reduce your speed and pay extra attention when children are present.”

In the photo above this story, Sheriff’s Patrol Sgt. Michael Rodgers operates radar to check drivers on Fortress Boulevard near Blackman Elementary School. Sgt. Rodgers was posted in the same area of where two children were struck by a passing car on August 9th. In that incident, the children were taken to the hospital, where they were treated and released with minor injuries.