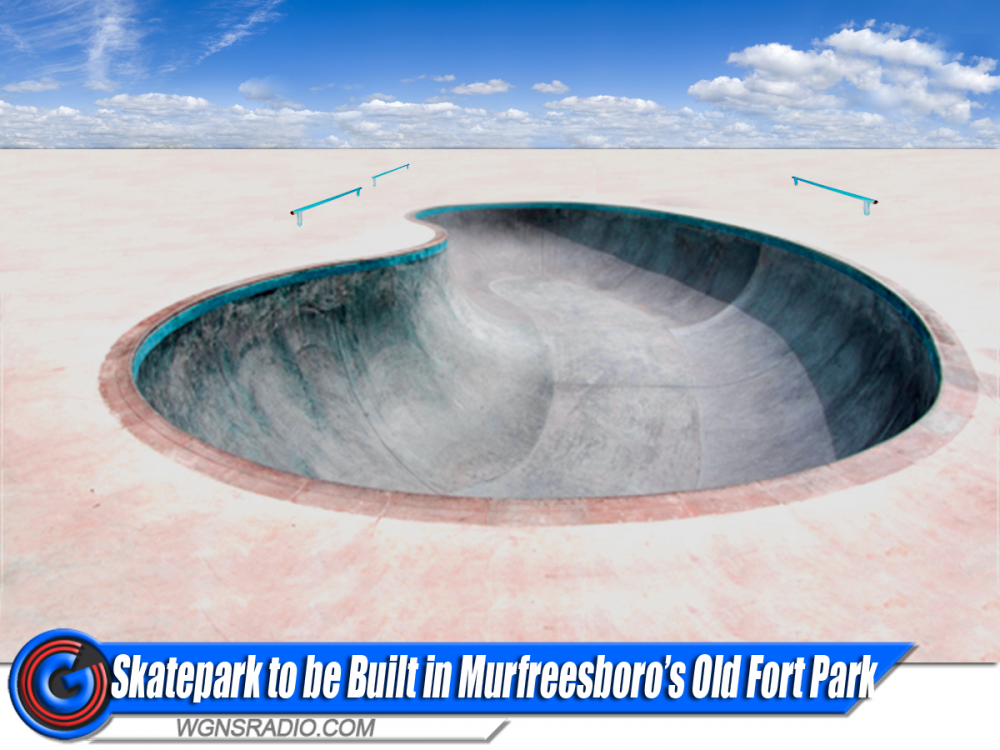 Above is simply an example of a bowl at a skatepark.

(Murfreesboro, TN) Skateboarders, inline skating enthusiast and more will appreciate the recent news announced by the Murfreesboro Parks & Rec. Department…That was Rachel Singer with the Parks, talking about the future skatepark. Half-pipe ramps and more will all be a part of the concrete skate park. Thomas Laird, Assistant Director of the Parks, told WGNS…Laird told WGNS they hope to move forward soon…

When the project was first discussed by the Murfreesboro City Council in 2021, the price tag on the skatepark was hovering around $860-thousand. Reports indicate while construction costs have increased, that price-tag remains close to what was originally proposed.

Several near-by communities have skate parks that are well used. Some of the cities with skateparks include Franklin, Hendersonville, Manchester and Two Rivers in Nashville, just to name a few.

Hear more about upcoming events with the Murfreesboro Parks & Rec. Department in our recent interview in the WGNS Podcast Section – Click here for the Parks & Rec. Interview.